Japan Studies:Lecture① Japanese Calligraphy
Today we started off with a lecture on Japanese calligraphy in which the students learned about three differents styles: kaisho, gyosho and sosho. They were able to practice writing different characters with the help of Japanese students. One student thought that using the strokes was a bit difficult in the beginning, but it was also very fun! 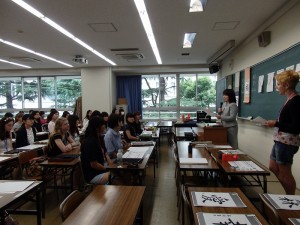 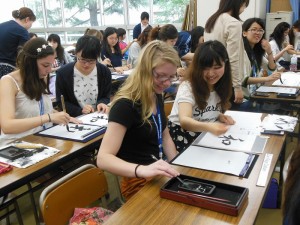 At the end of class, everyone wrote their names or their favorite Kanji-character! 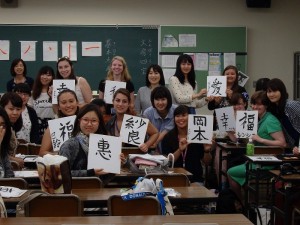 Next, it was lunch time. Showa students joined our students for lunch in the Global Lounge, and many new international friends were made! 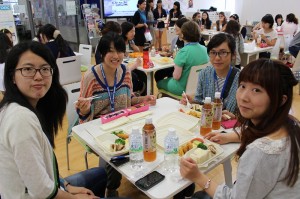 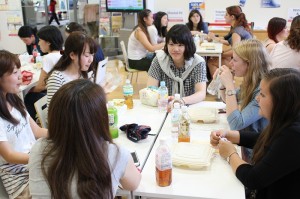 Japan Studies: Activity① Tea Ceremony
After lunch, lecturer Ash Warren(who is also the English-writing adviser at SWU), tea ceremony sensei and some support students showed the SSIP participants how to perform the tea ceremony. The SSIP students were able to whisk some tea, eat traditional Japanese confectionery sweets, and try the tea they made! One SSIP international participant described the tea-making process as similar to “whisking eggs.” Other students also expressed their enjoyment in preparing the tea. Another student, who was chosen as a volunteer to practice the entire tea ceremony, thought that the practice was pretty hard at first, but, “Once you start making the tea, you will develop a calm feeling.” 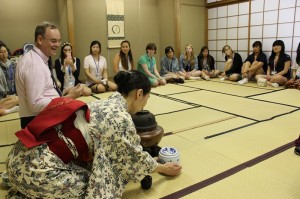 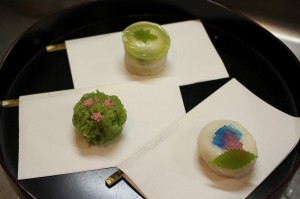 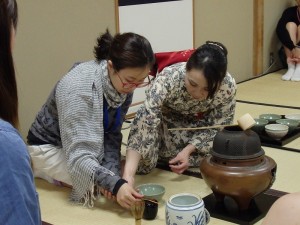 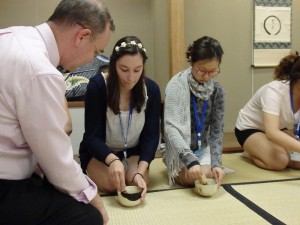 Cross-Cultural Workshop ②
Today was also the first meeting for the Cross-Cultural Collaborative Project! Showa and international students gathered in the Global Lounge for an opening presentation about gender roles. They also did exercises examining gender-specific phrases and slang and participated in an interactive representation of some survey questions. After the workshop ended, there were many lingering thoughts about what they will be learning in the future! 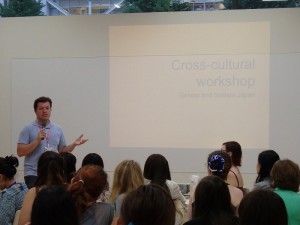 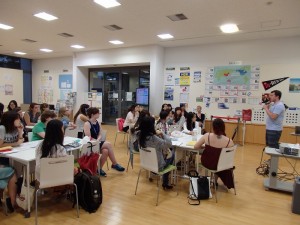