Everyone was in for a busy and action-packed day today! The students and interns woke up bright and early to check out of the National Olympic Memorial Youth Center for the final time. We left by 8am to pick up some Showa students and CIE’s Ash-sensei before heading to the Edo-Tokyo Museum. Once there, students were treated to a guided tour by Ash-sensei and got to see various exhibits in the museum about Edo-period Tokyo to modern day. 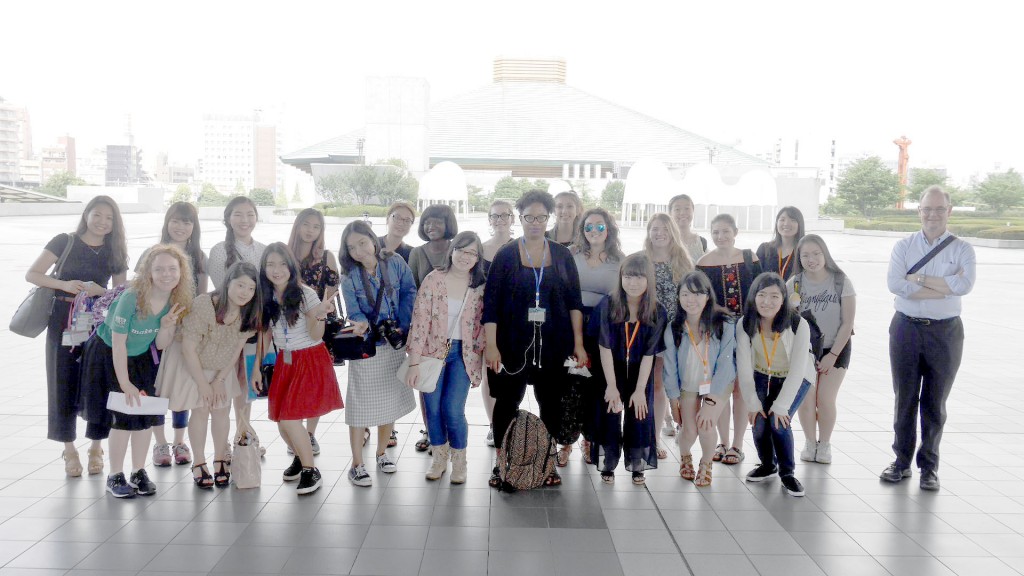 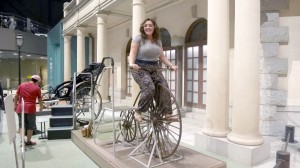 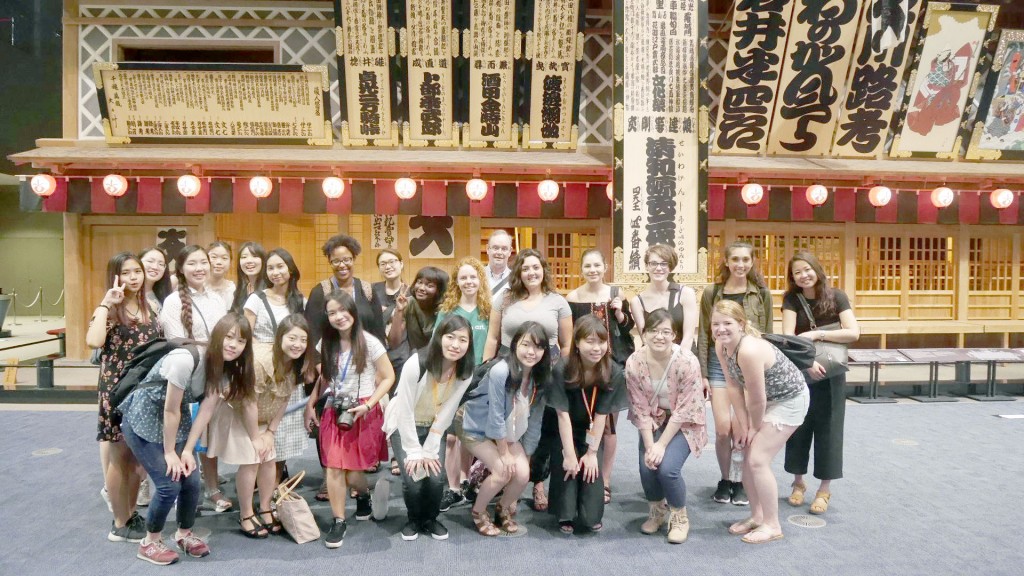 We all boarded the bus again to head to a tempura restaurant in Asakusa! Everyone thoroughly enjoyed the sumptuous fare. 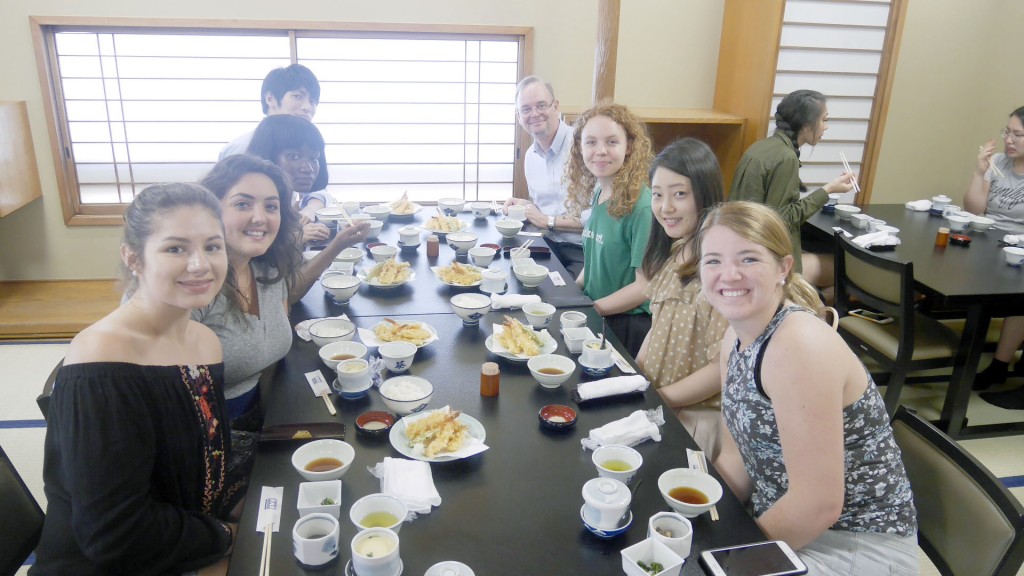 After lunch, we all headed to Asakusa! Ash-sensei gave a brief tour of the area, and then students were free to go off on their own, enjoying ice cream, getting their omikuji (fortunes), and buying souvenirs and trinkets from the various stalls. 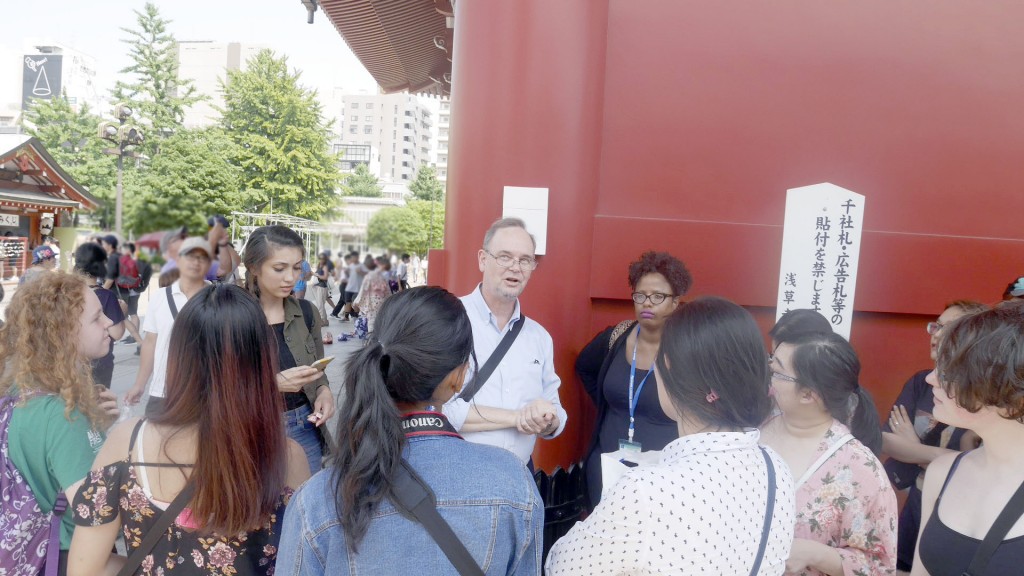 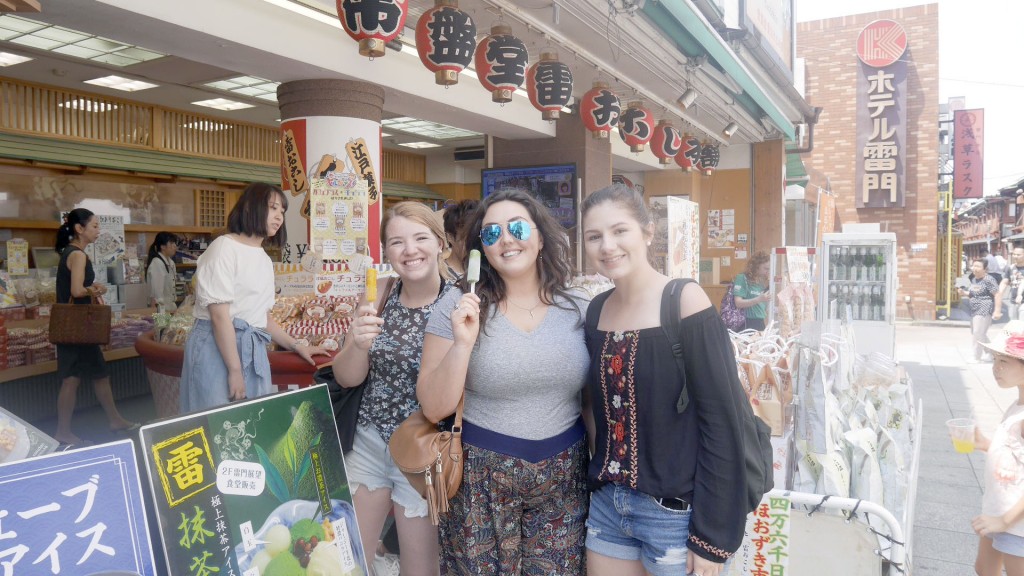 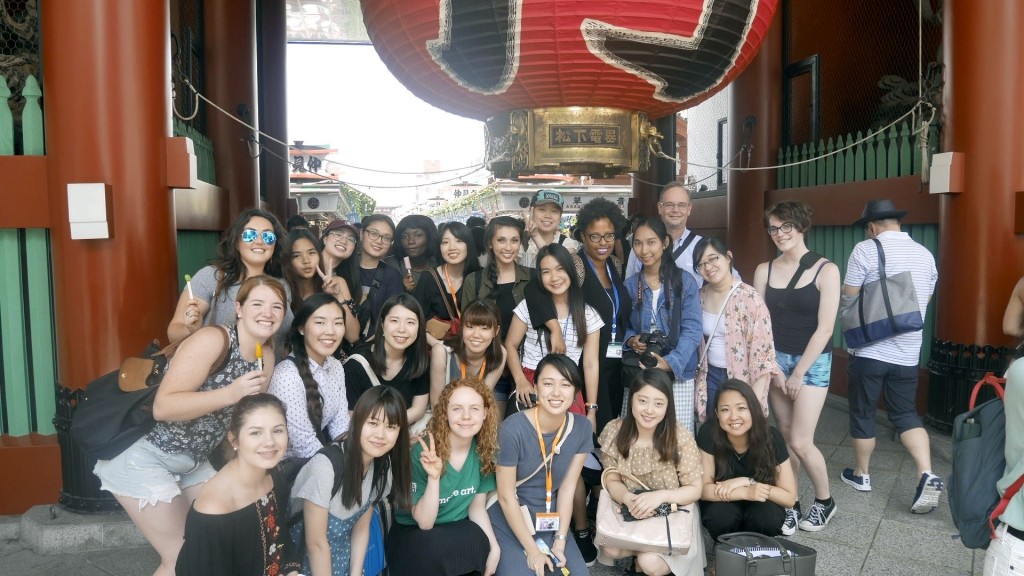 Once everyone had fully enjoyed what Asakusa had to offer, we boarded the bus again to briefly head to Showa before arriving at Tomei Gakurin, Showa Women’s University’s off-campus training facility. Once there, we went through a brief orientation before enjoying a delicious dinner prepared by the staff while taking in the jaw-dropping view visible from the canteen. The night ended with everyone heading off to their rooms with their presentation groups, but laughter and chatter (and even some dance parties) were audible until late into the night. 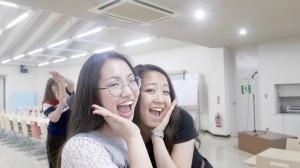