It was a sweltering hot day, and the SSIP students, interns, and staff woke up early to clean up, pack up, and move out of Tomei Gakurin. We all piled onto the bus and were on our way to Kamakura!

Our first stop in Kamakura was to the Kōtoku-in Temple, famous for housing the Great Buddha (daibutsu). The Great Buddha towered over our group, and was certainly an impressive sight. For just twenty yen, some students took to opportunity to actually enter inside the Great Buddha! If it was hot outside, the inside of the statue was like a sauna; but it was definitely worth the glimpse. 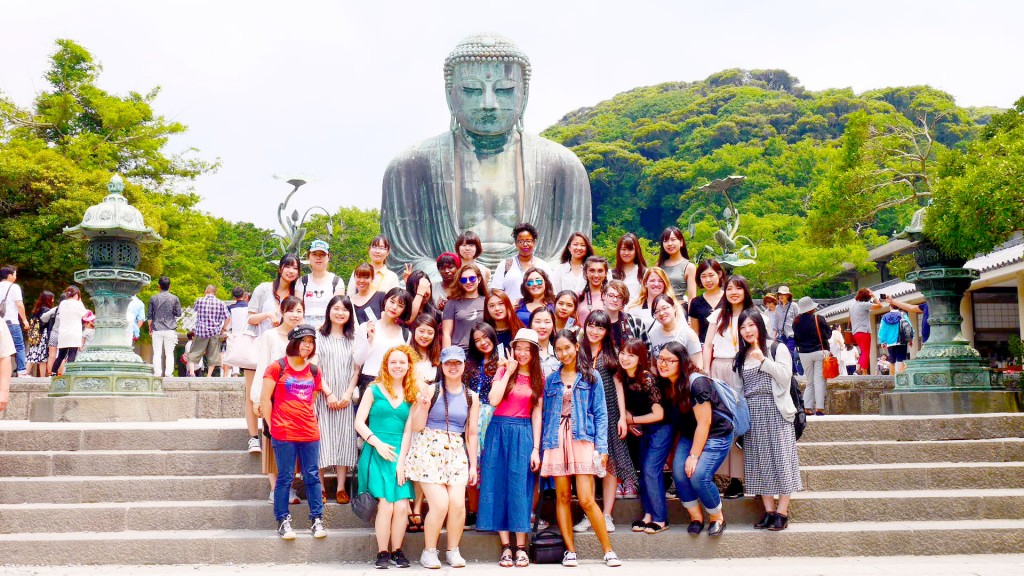 For lunch we headed to the restaurant named Minemoto for traditional Buddhist cuisine (shōjin ryōri; literally, “devotion cuisine”). Buddhist cuisine is based on the philosophy of non-violence and respect for all life, and is therefore vegetarian or vegan. Despite the lack of meat, however, the food was both delicious and beautiful! 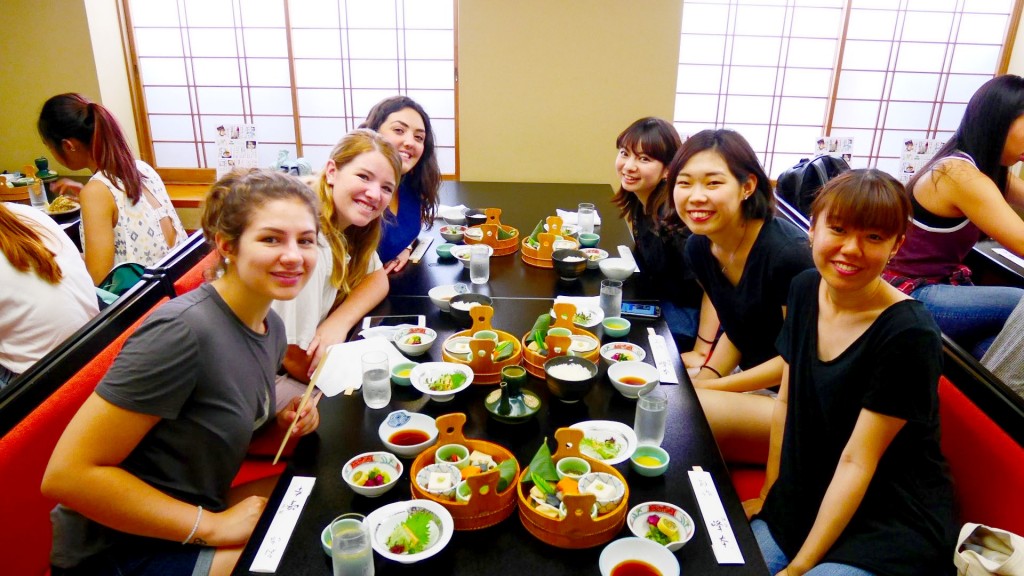 Once we were done, we walked to Tsurugaoka Hachimangū, the literal and figurative center of the city of Kamakura. Students wandered on the shinto temple grounds and admired the beautiful architecture such as the large red torii gates. Some students took the chance to buy omamori and pray at the the shrine. 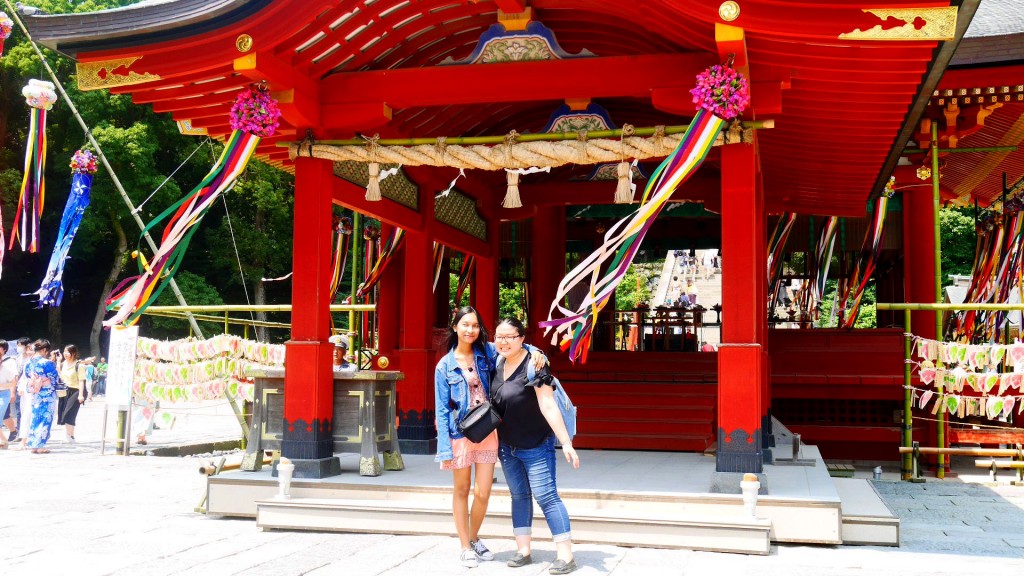 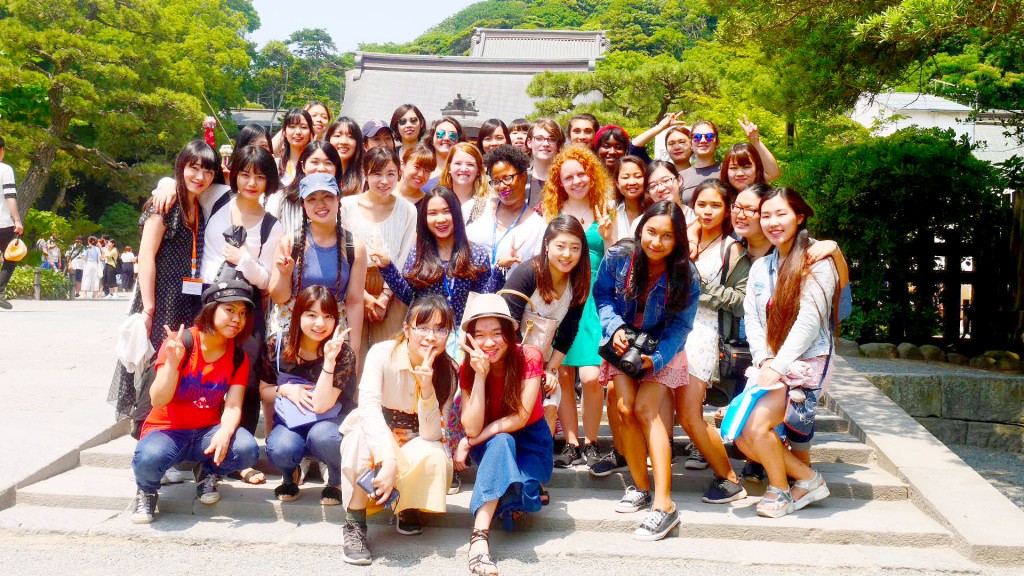 Once we were done at Hachimangū, it was time to get on the bus and head to Ohashi Kaikan, our final accommodations for the program. It was a quiet ride back, with many people taking the opportunity to rest and nap after a tiring but fun day.