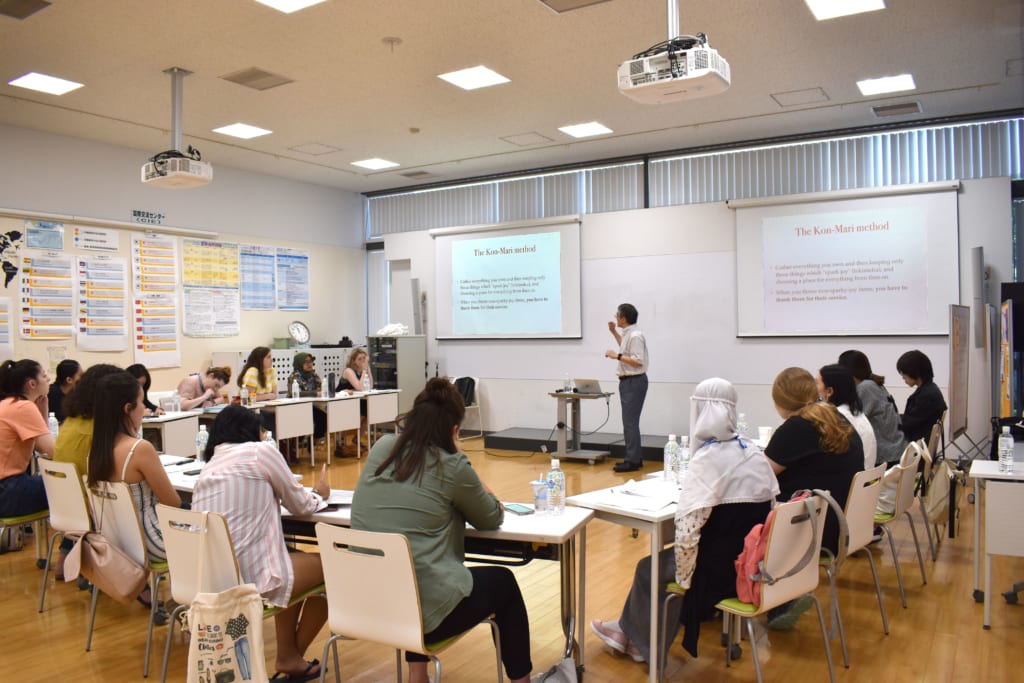 After a nice, long lunch break and some free time, the students returned to the Global Lounge for sessions four and five of their Cross-Cultural Workshops. This time, they worked together in their groups again for the Marshmallow Challenge. Students were provided with tape, a piece of white paper, and spaghetti sticks and were faced with the challenge to create the highest standing tower that could hold a marshmallow at the top. Because the spaghetti sticks were thin and broke easily, the challenge was a difficult one. For this challenge, teamwork and communication became essential as the students worked together to build a free-standing tower that could support the weight of a marshmallow. 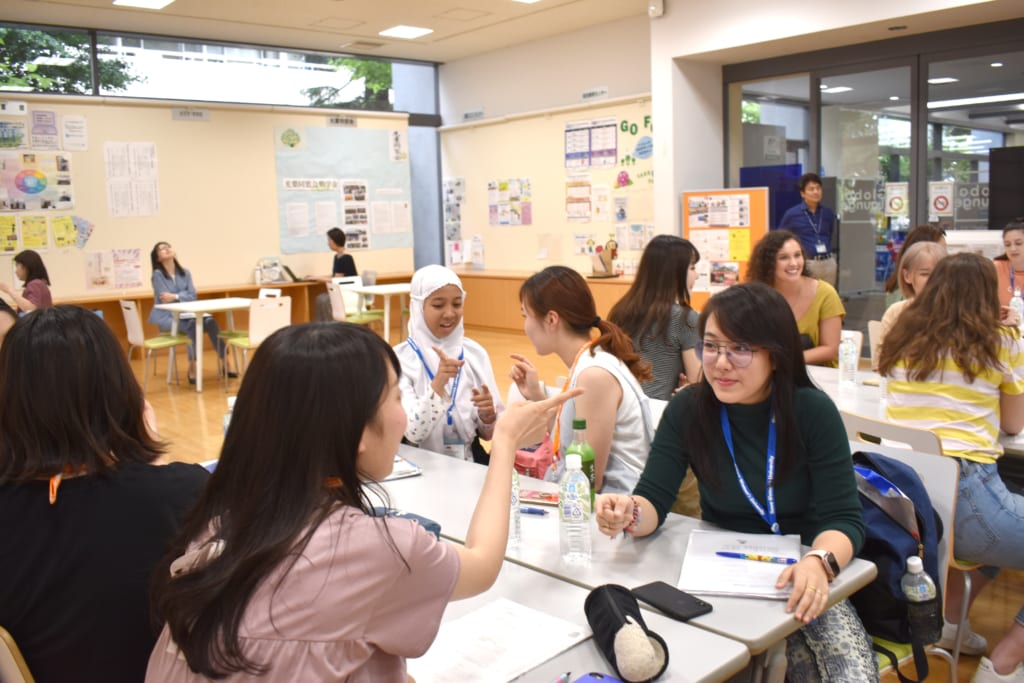 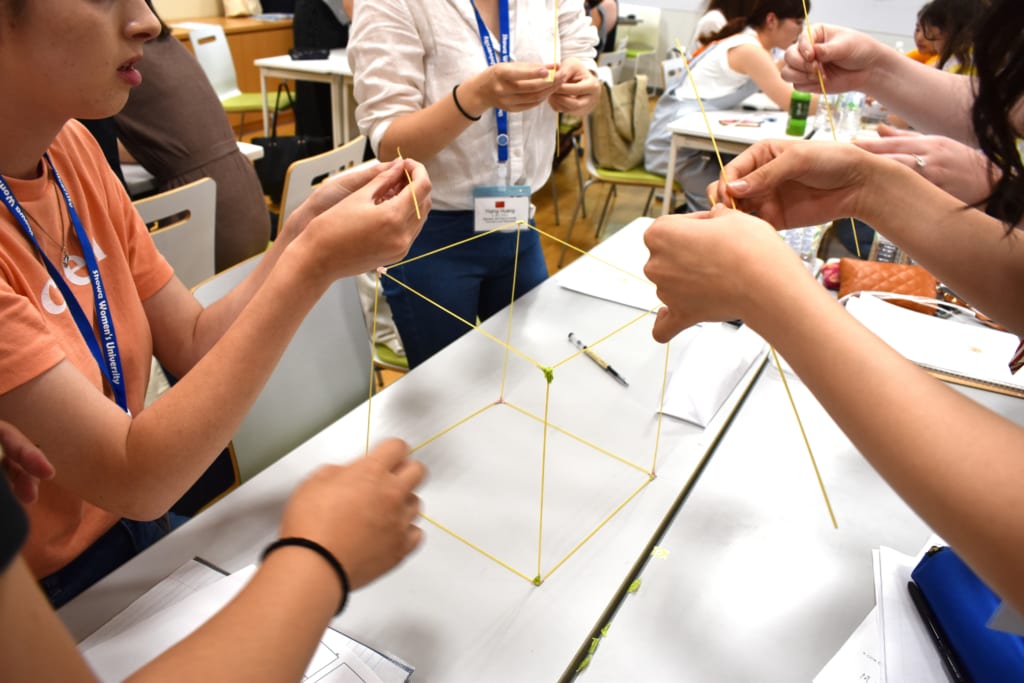 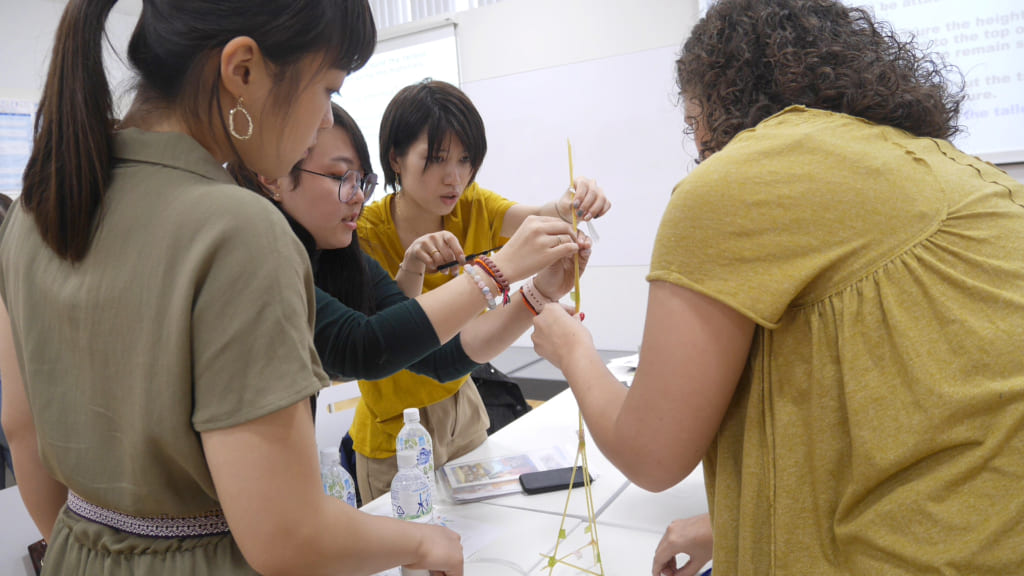