The main theme for Monday is Film. Students spent the first two hours of the day watching the popular 1953 film Tokyo Story, directed by Yasujiro Ozu. This widely acclaimed film showed the complex relations between an elderly couple and their adult children.

After the film ended, Professor David from the Department of English Language and Communication led a discussion about the film. The international students were randomly sorted into small groups to discuss the film among their group members. Some groups focused on the plot and characters, some on Ozu’s style and techniques, and others on Japanese society at the time the film was made. At the end, Professor Cozy gave each group a chance to share with everyone their findings and their analysis of the film.

Perhaps the film analysis exercise may be helpful as they begin to prepare for their final project on analyzing advertisements around Tokyo! 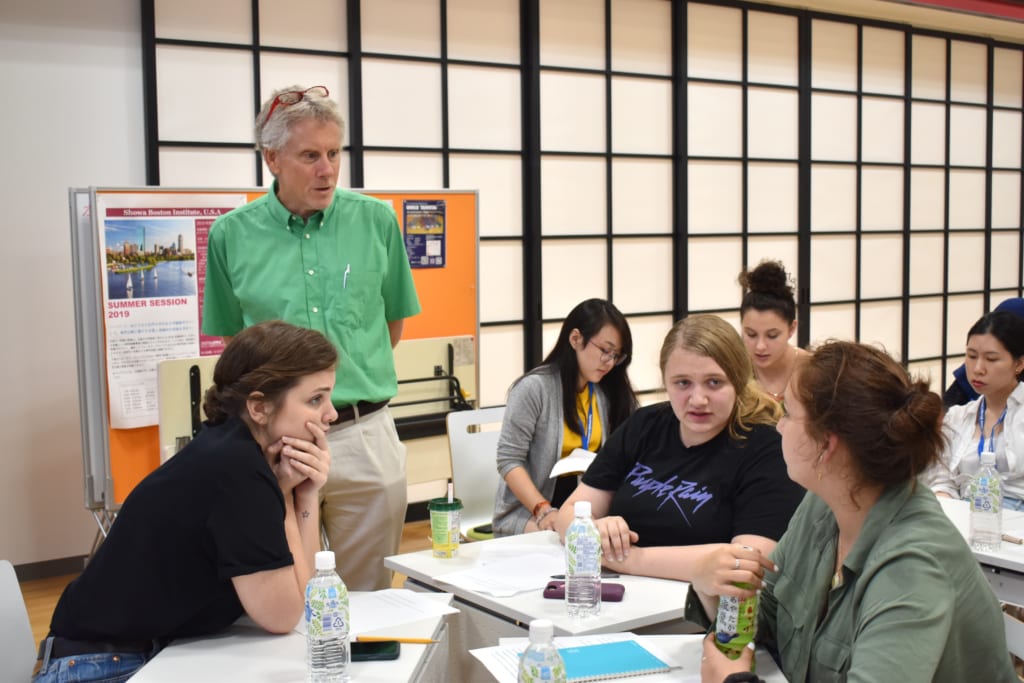 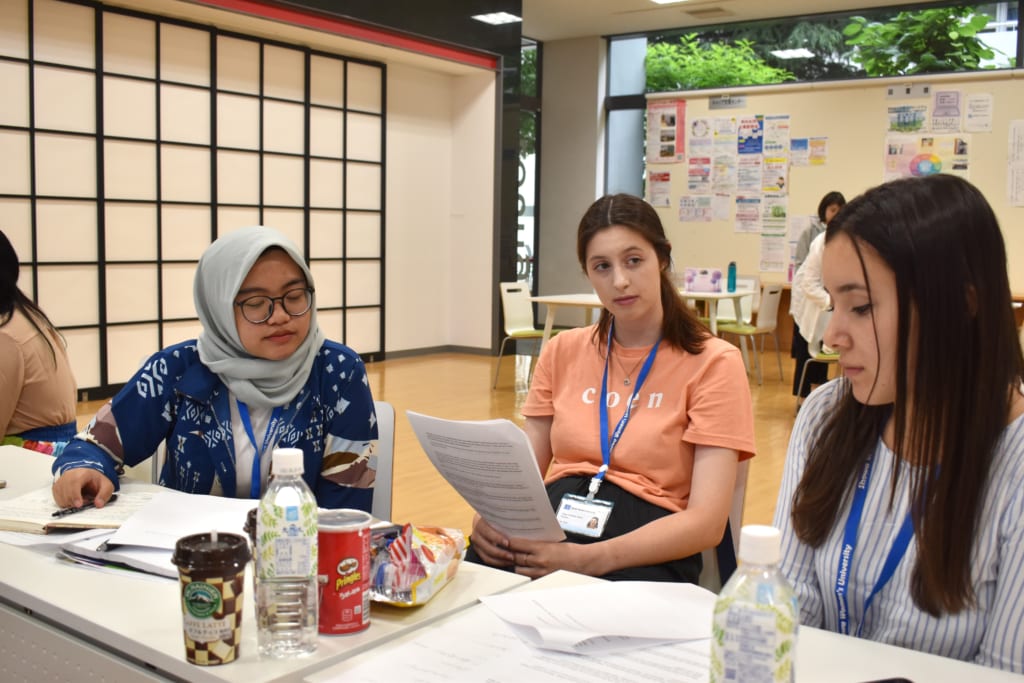 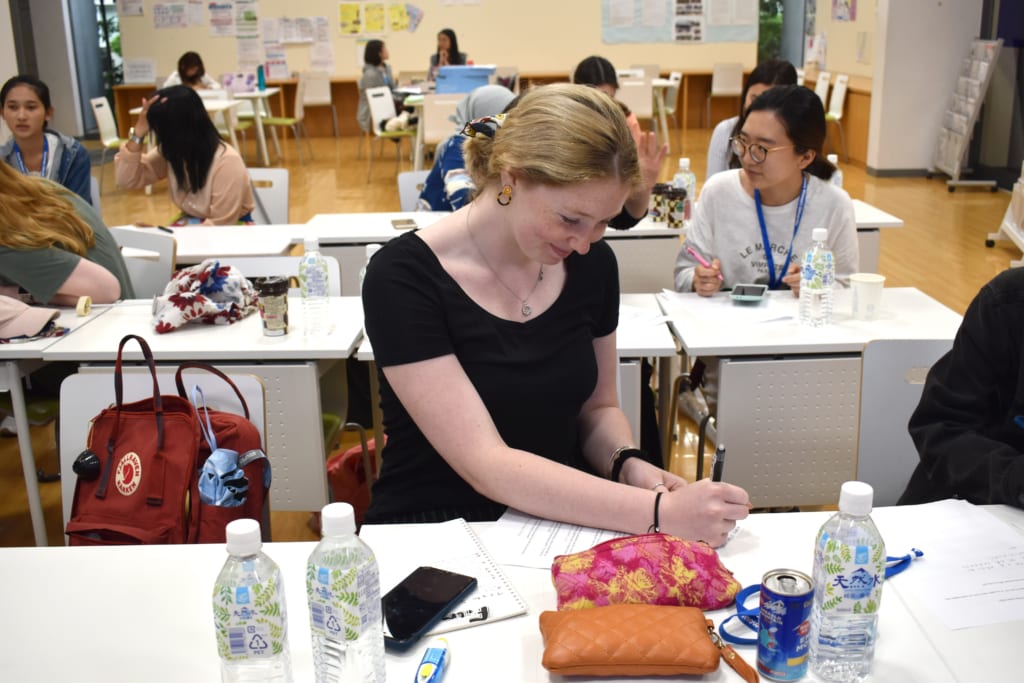 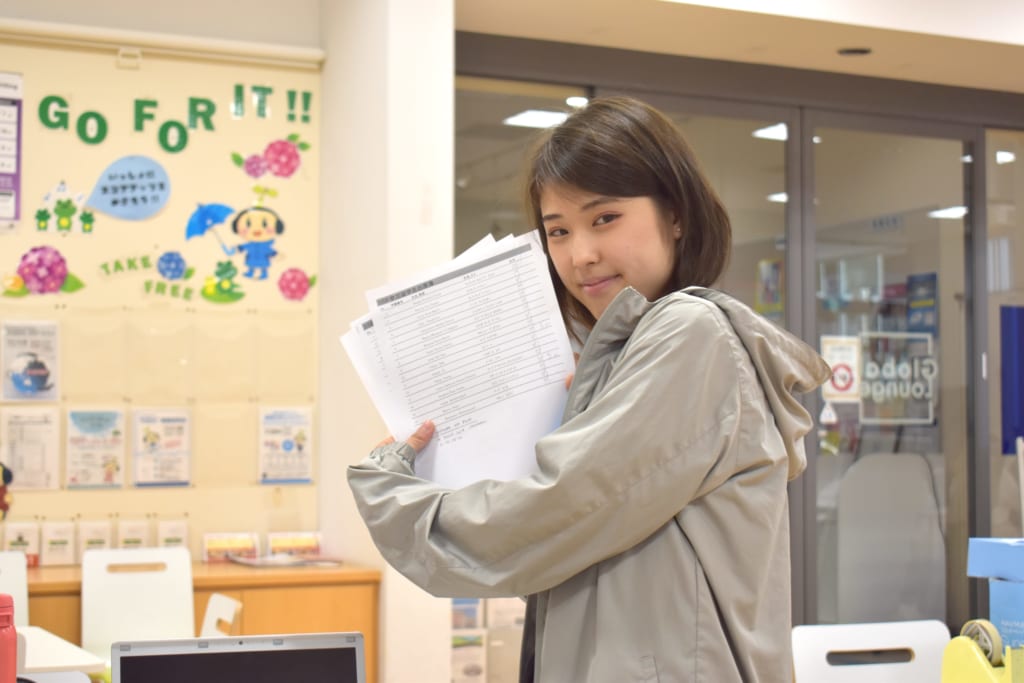