The only classes for today were two sessions of Cross-Cultural Workshop. Ommura-sensei began class with a fun game called “Acchi Muite Hoy.” Two people played rock-paper-scissors, and the victor would point either up, down, left or right while saying “Acchi Muite Hoy!” The other player would guess the direction and try to avoid the direction that the victor will point in by looking a different way. If she looks in the same direction that the victor points in, she loses. 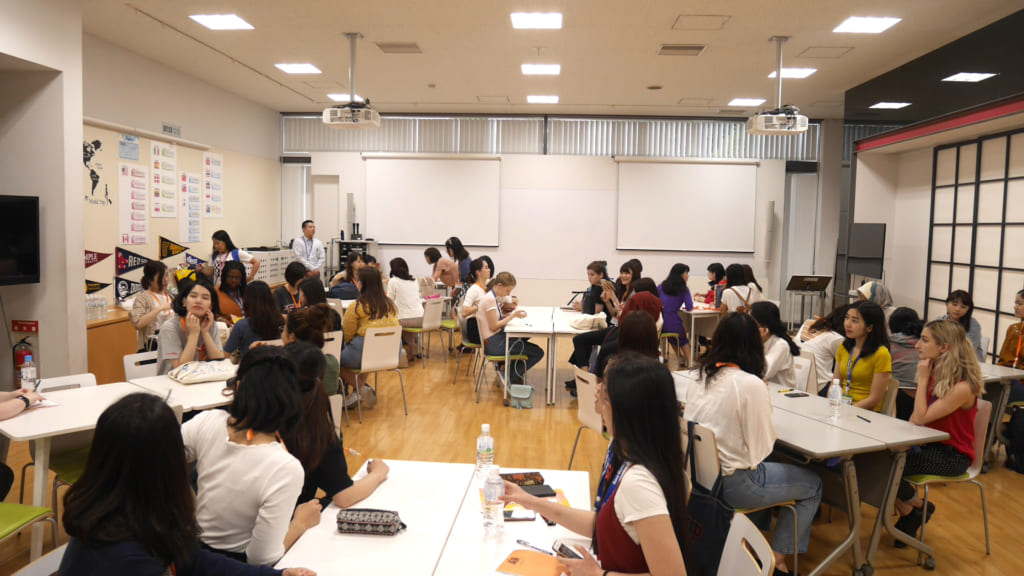 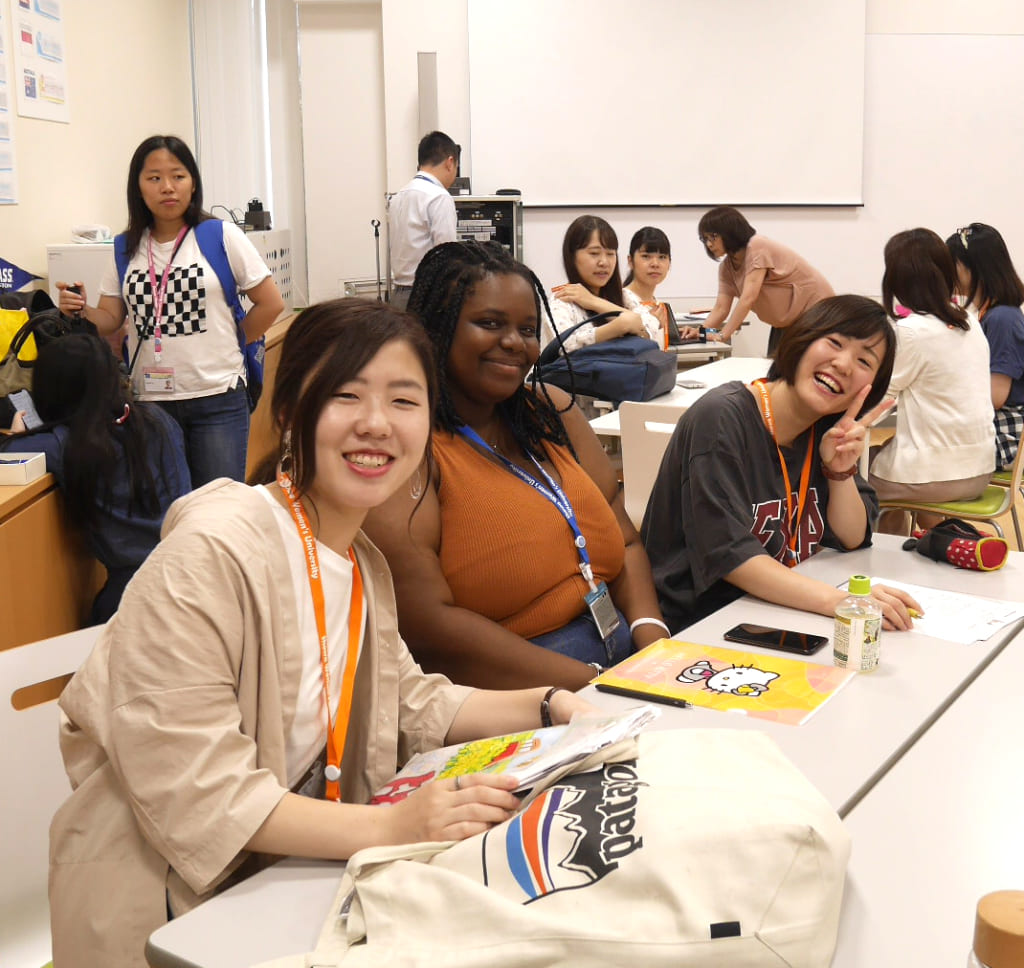 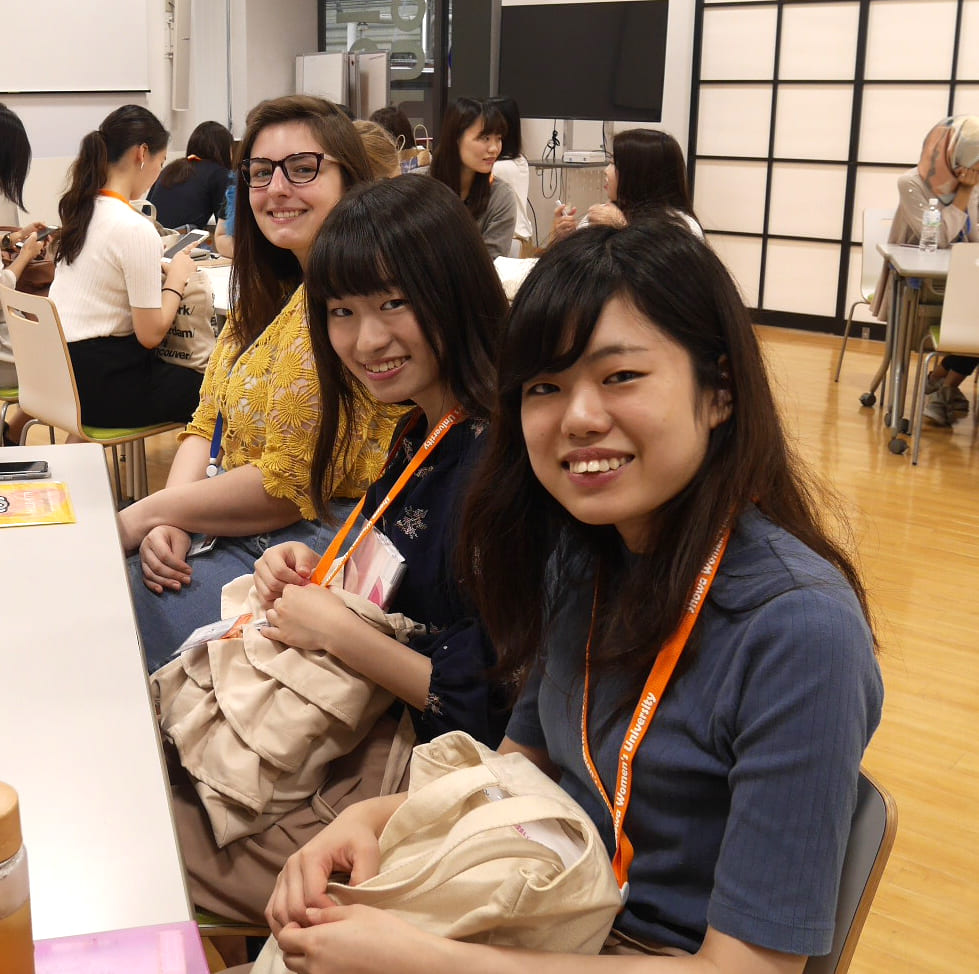 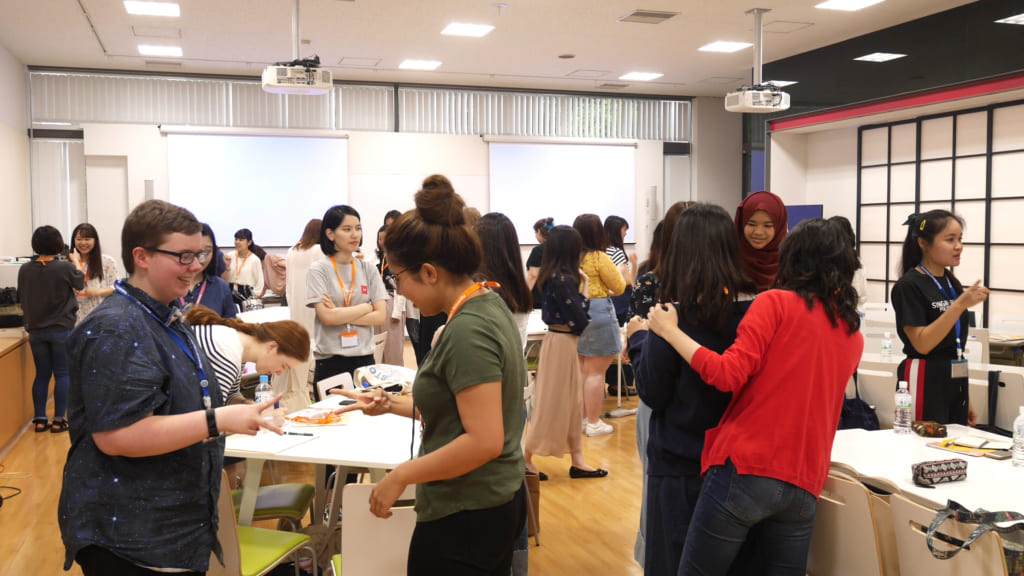 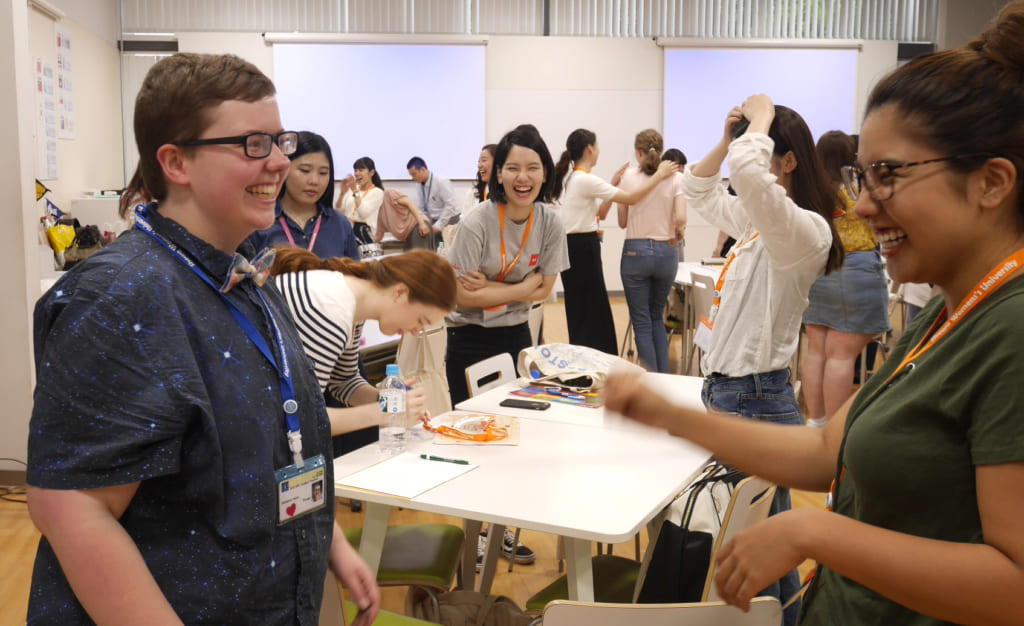 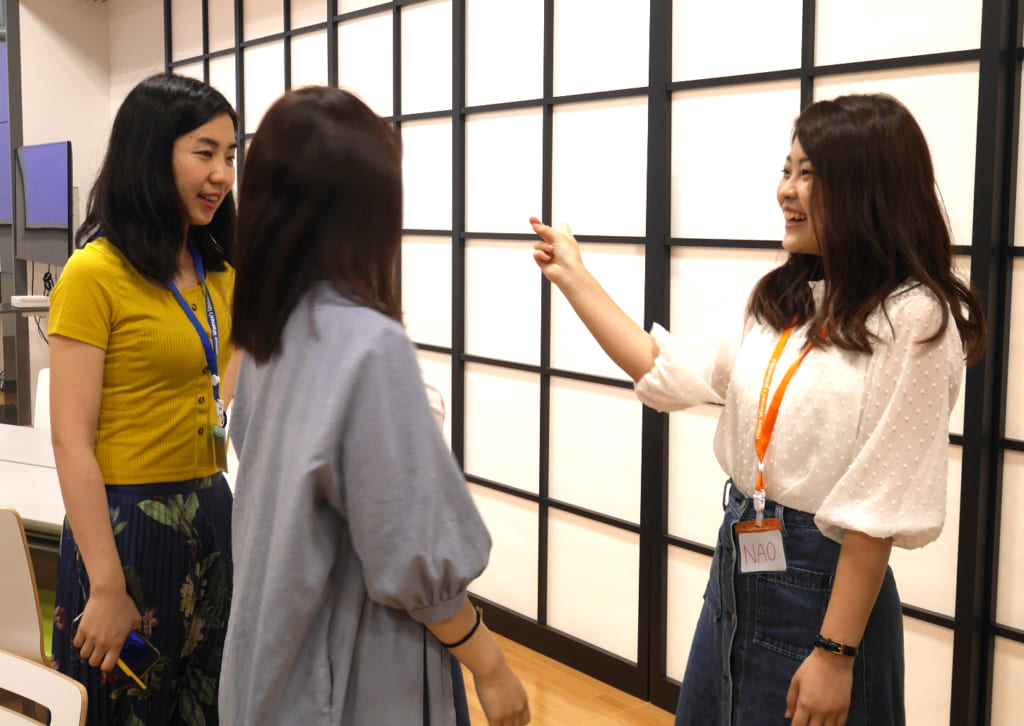 Losers had to file after the person who beat them, so there were soon long lines of students trailing behind the most skilled players. The final matches were especially intense as everybody looked on to see who was the best “Acchi Muite Hoy” player! The victor was awarded with candy corn. After the game, Ommura-sensei dived into discussions about culture. 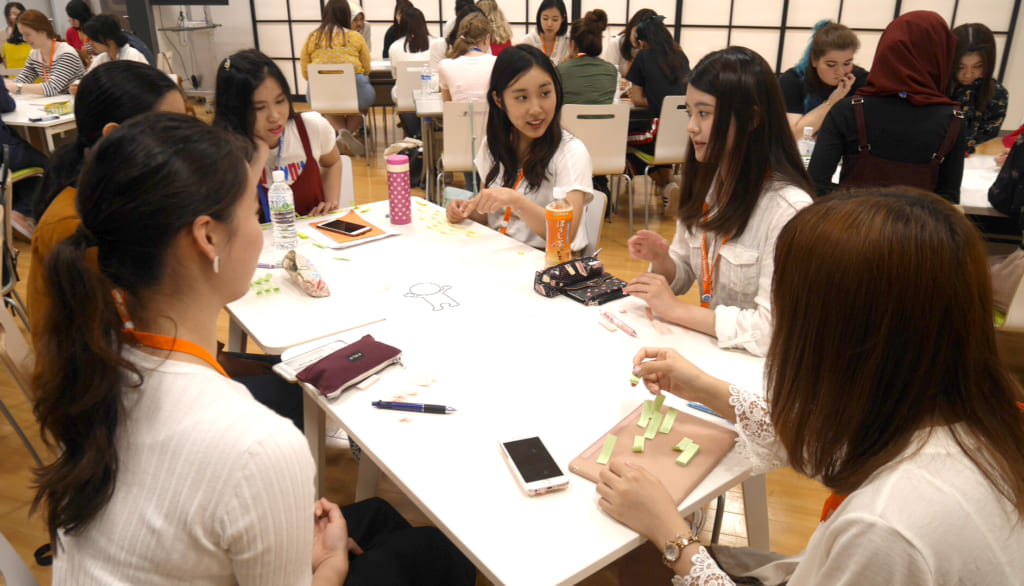 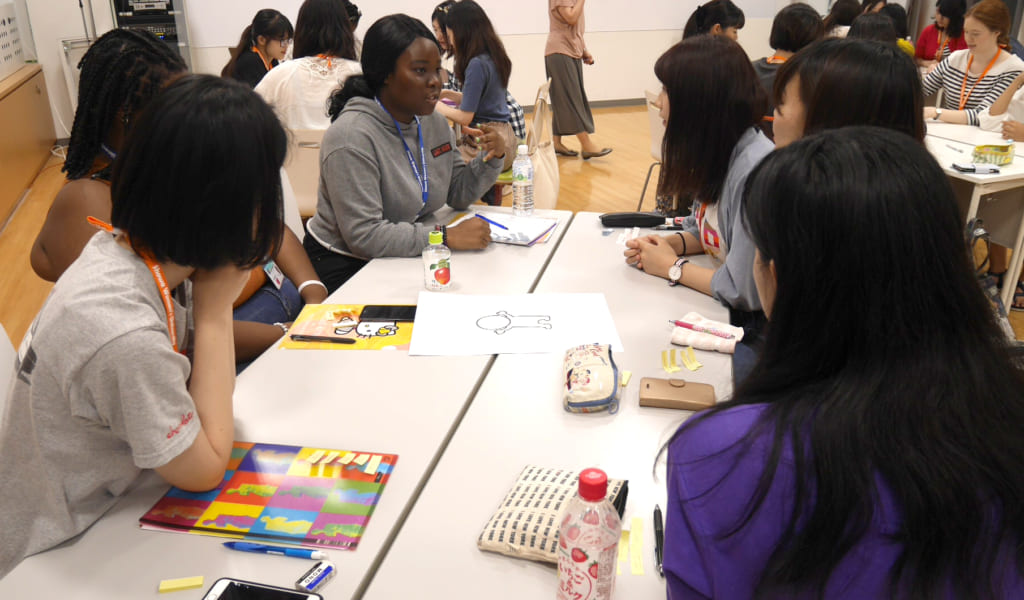 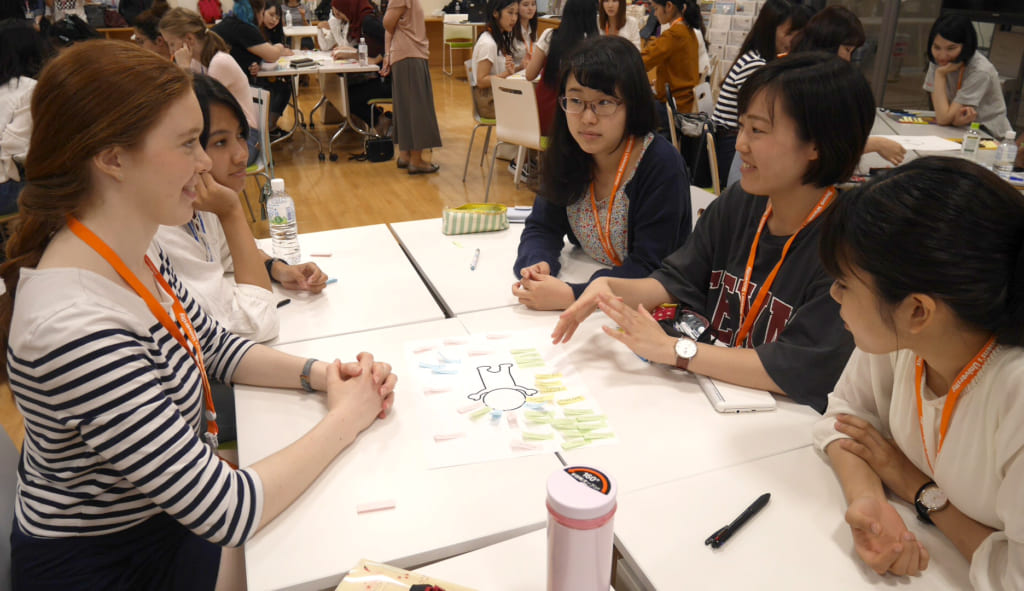 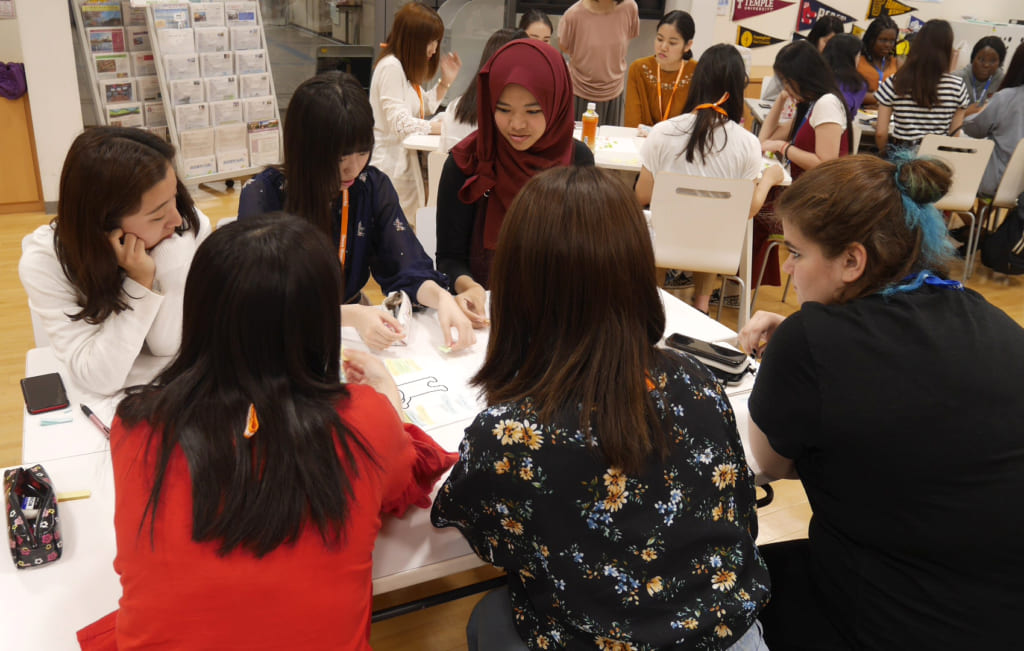 After the Cross-Cultural Workshop ended, host families began to file into the Global Lounge. The international students were nervous but excited to meet their host families and spend the weekend with them. At first people were a little shy and quiet, but within a few minutes everyone seemed to be having a good time talking to their host family. With all the positive energy in the air from both the students and the host families, they’re sure to have a good homestay! 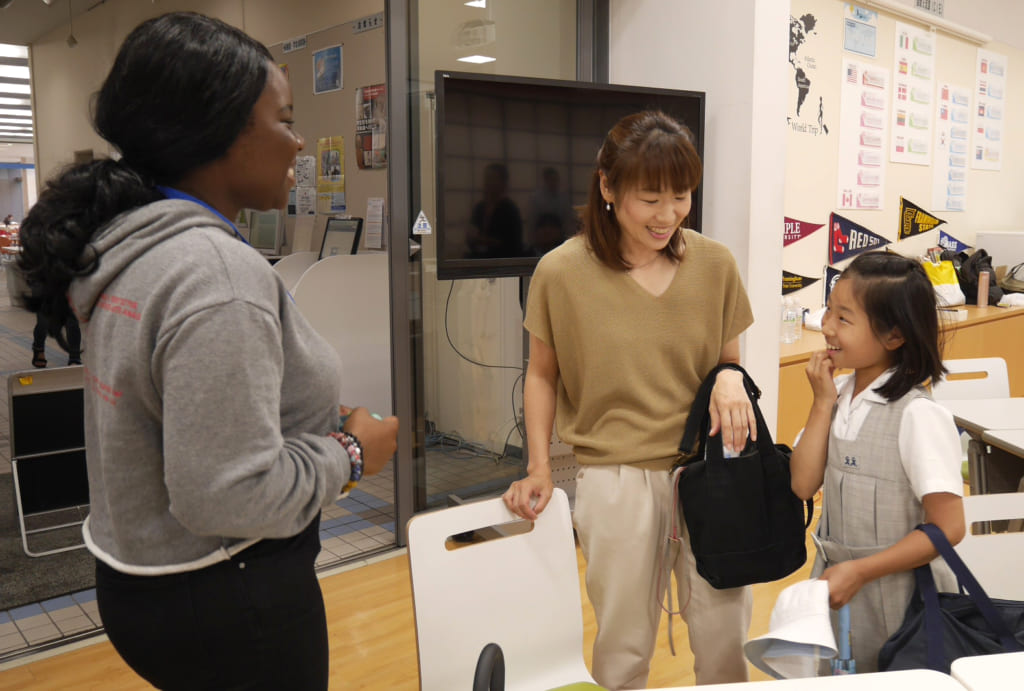 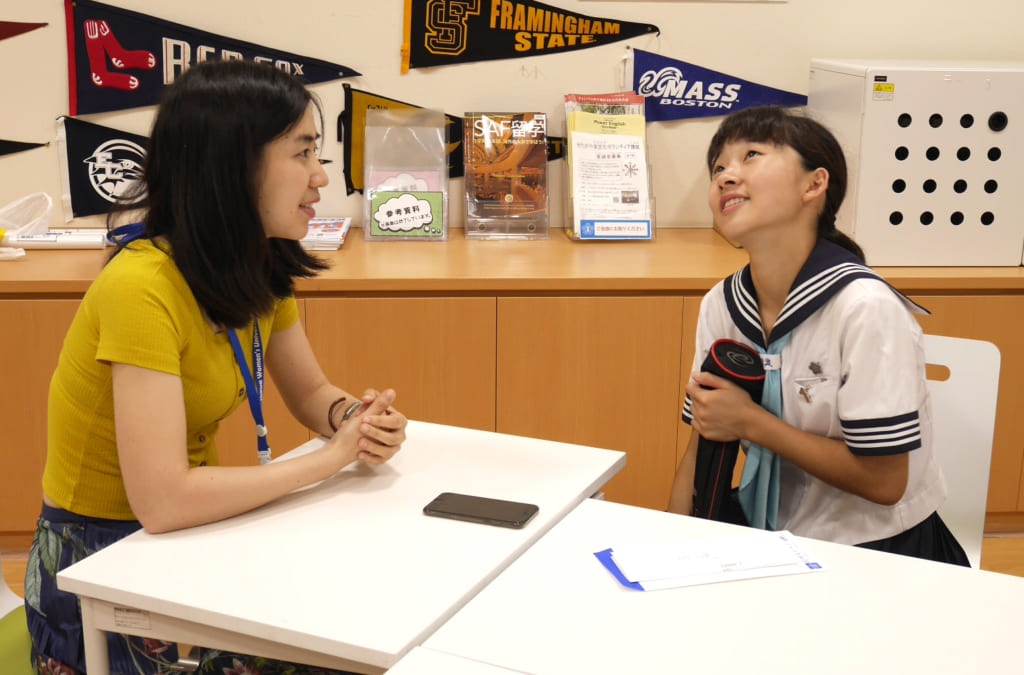 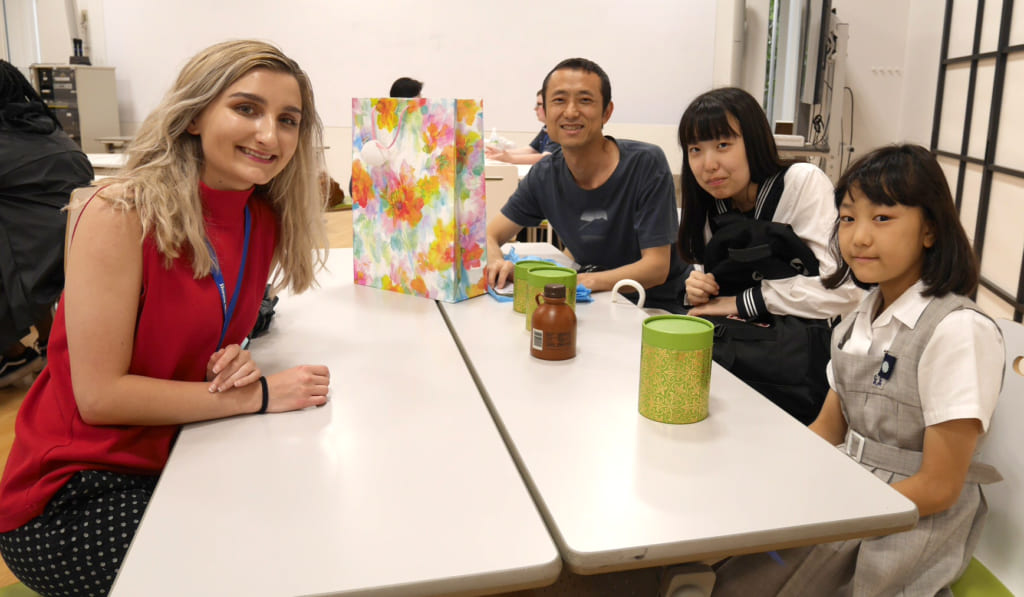 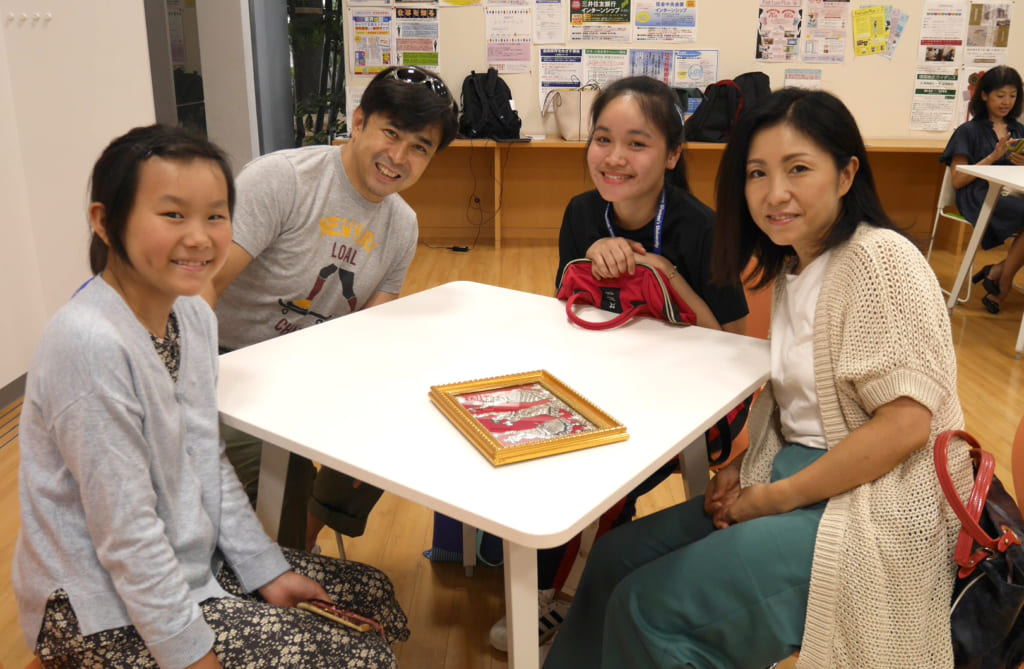 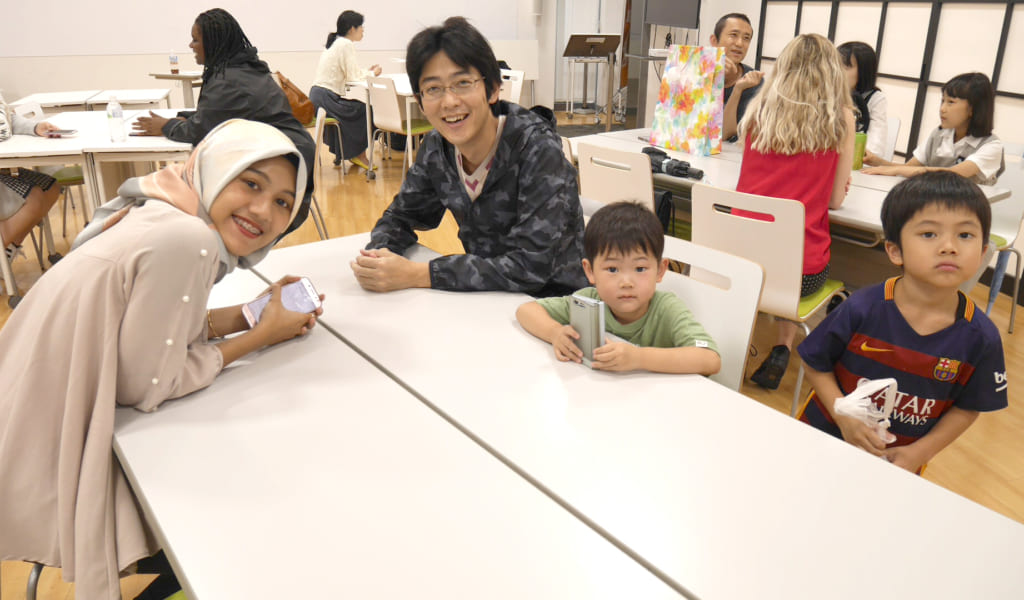 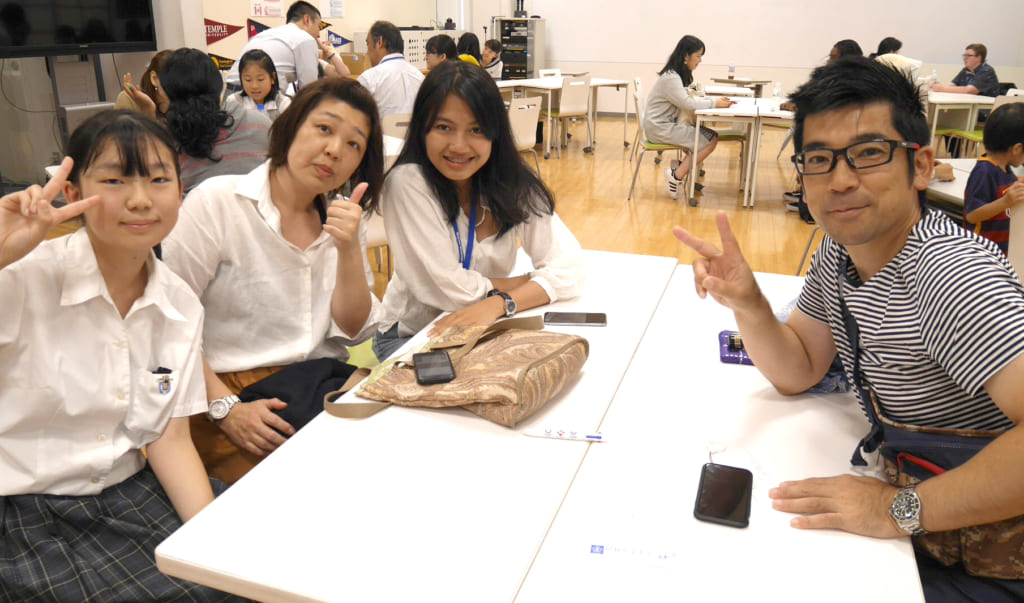 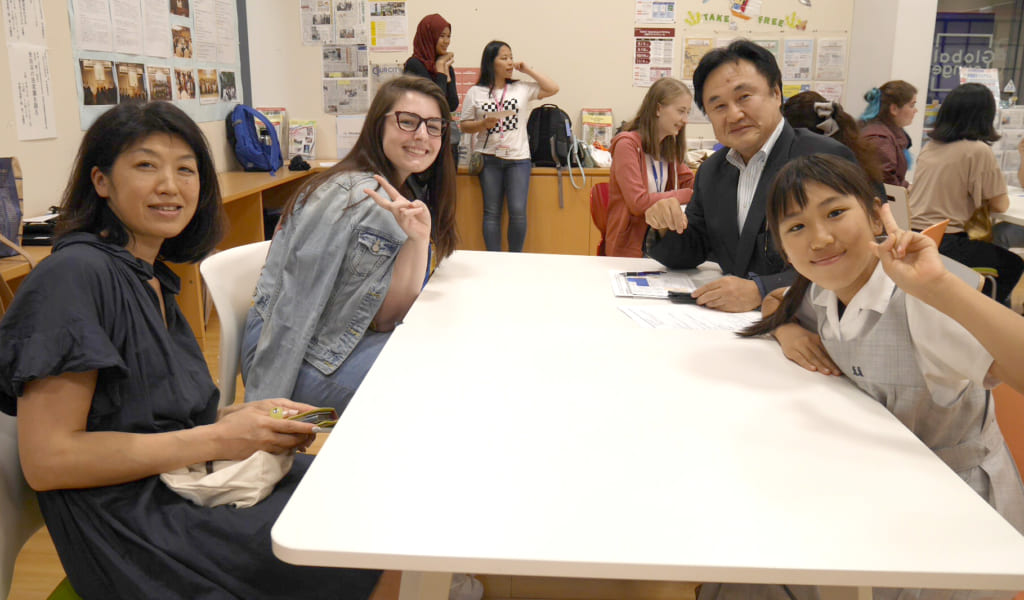 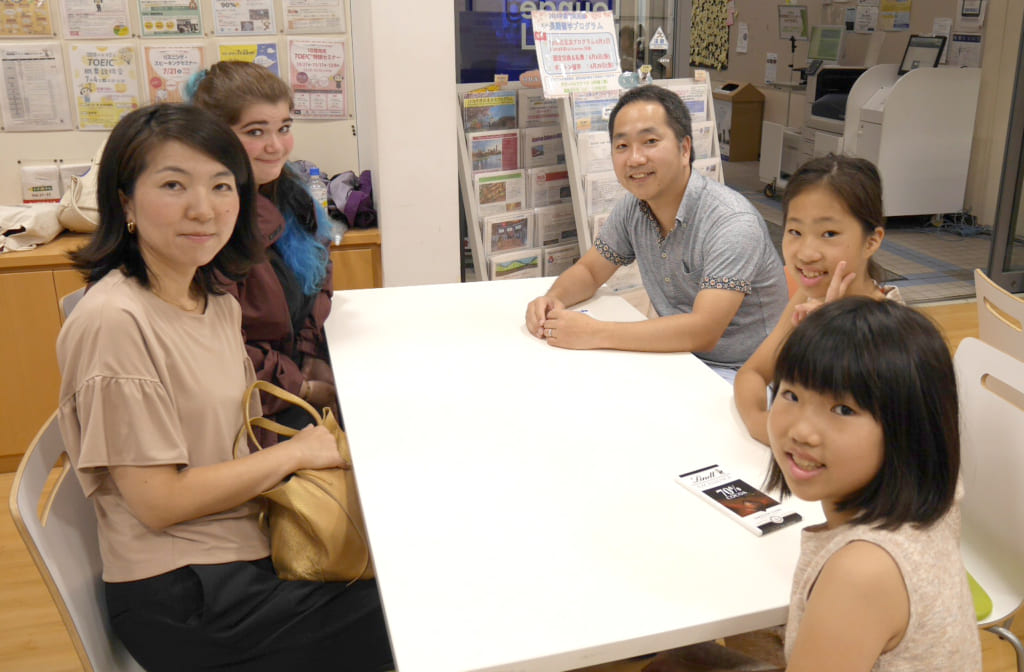 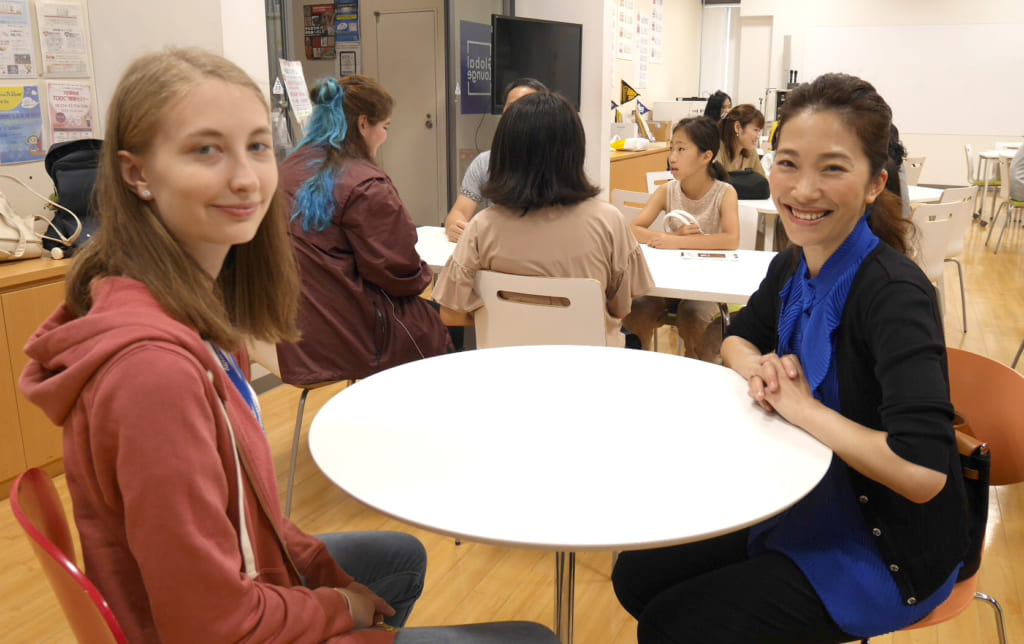 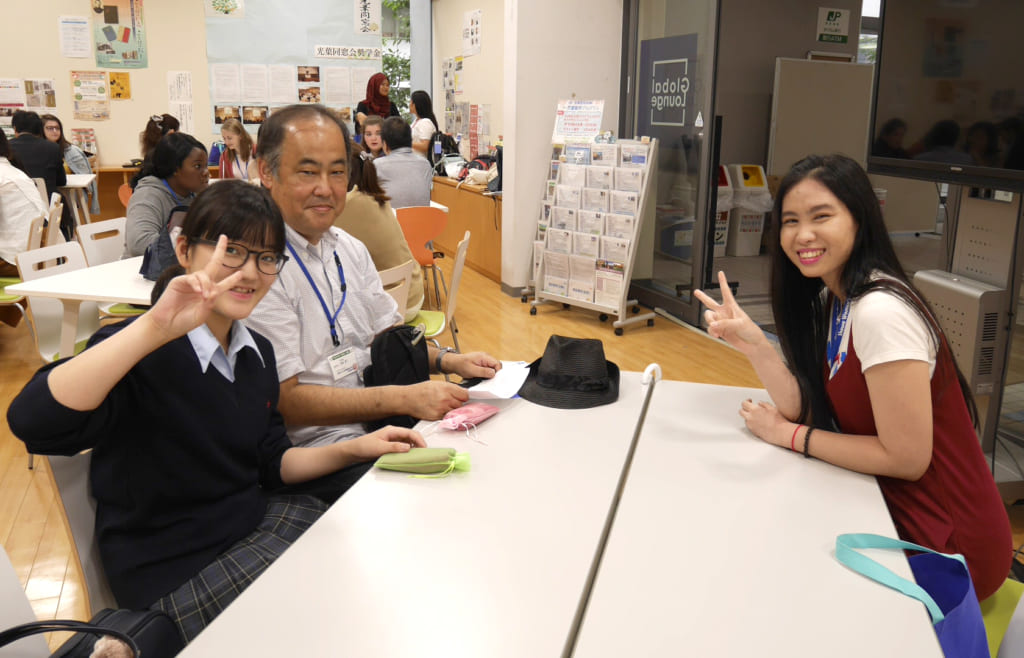 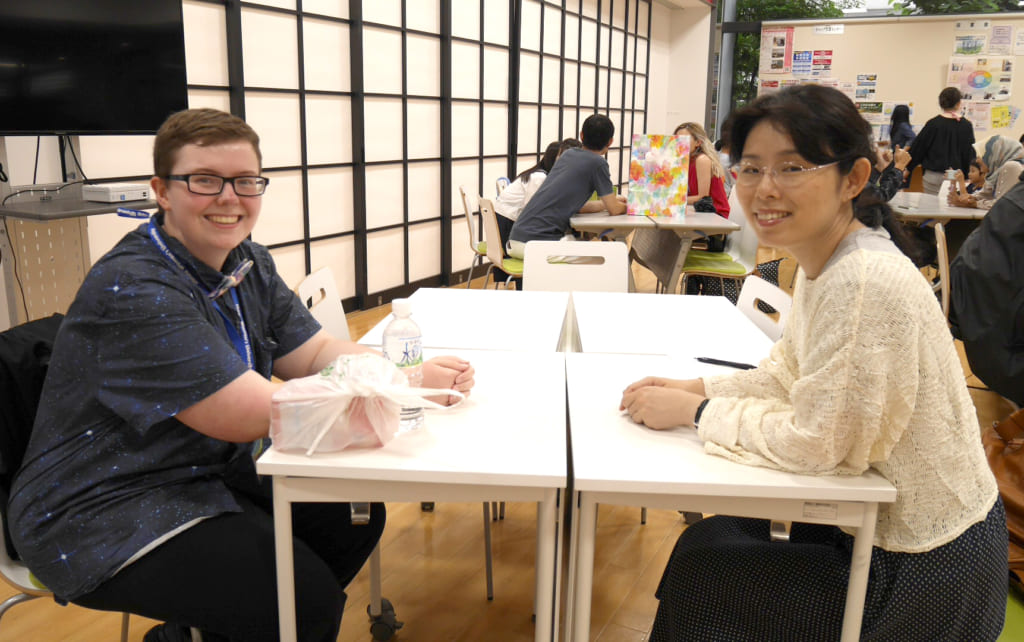 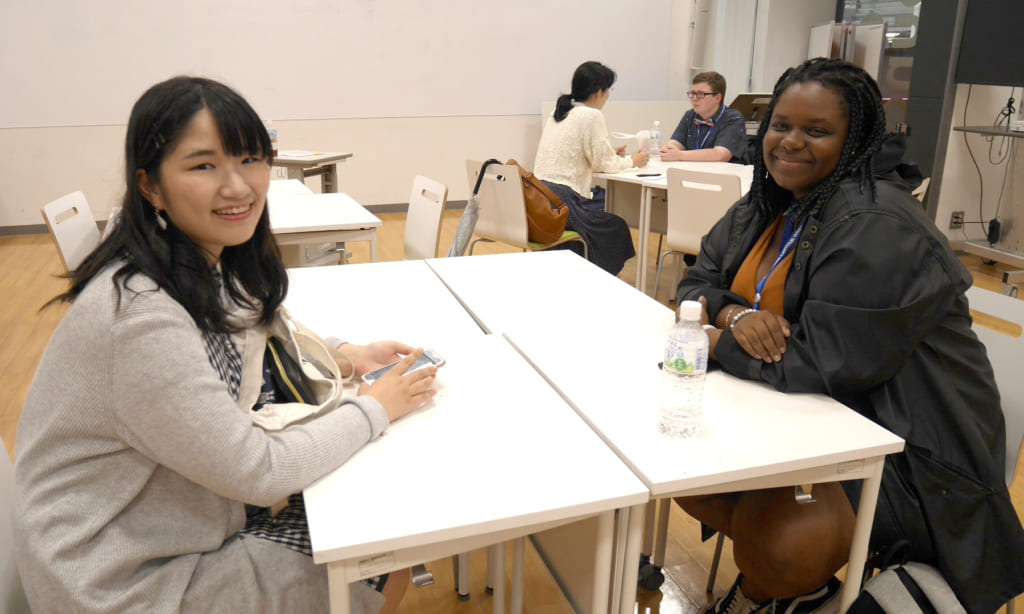 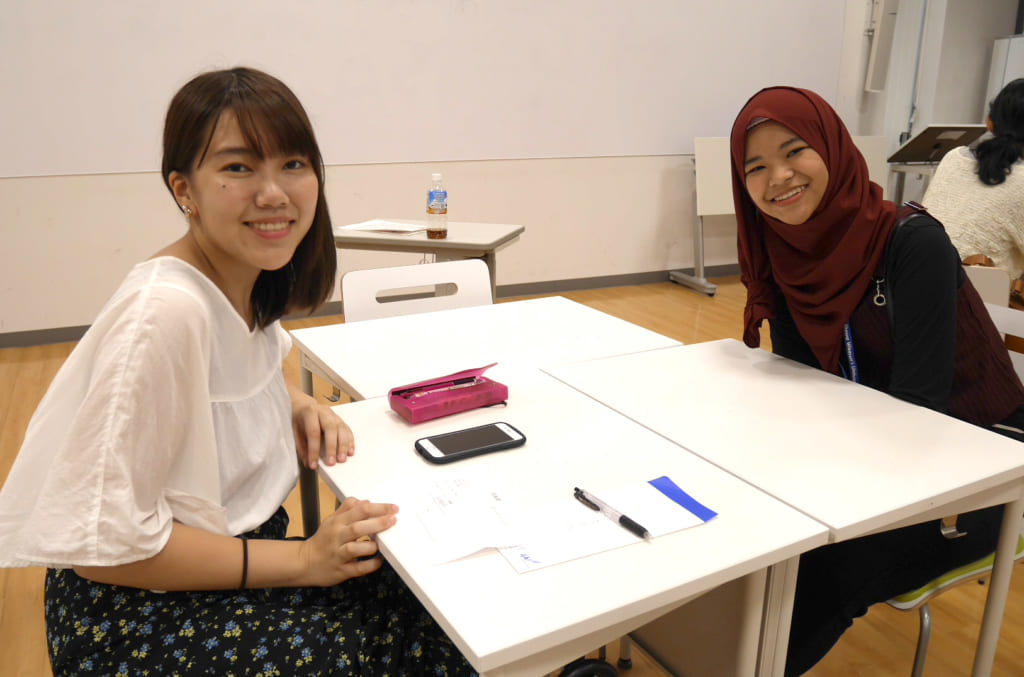 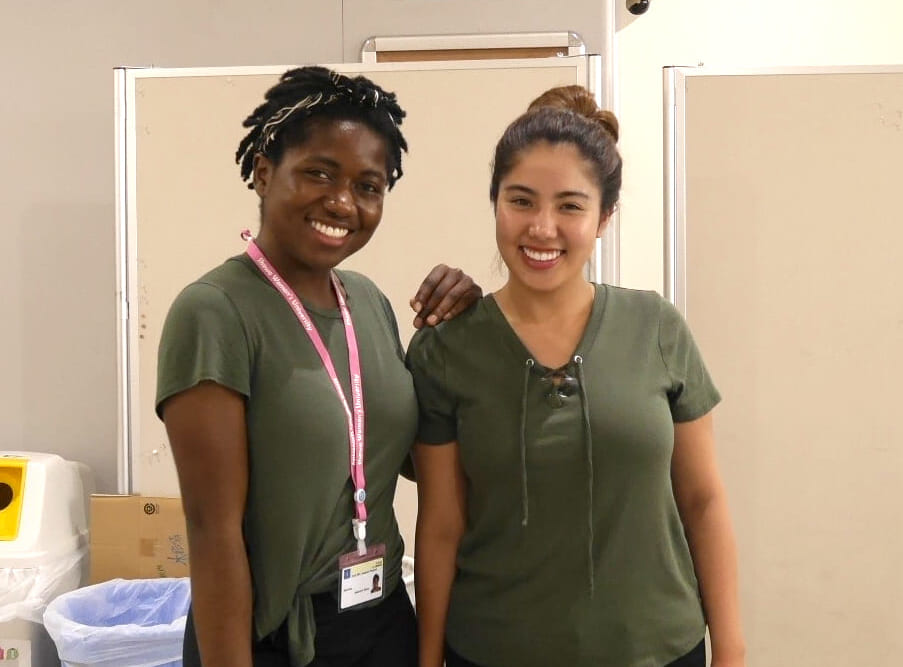