Thursday was a busy day for the international students as their schedules were pretty filled for the day.

First, they arrived at the Global Lounge bright and early for Professor Higashi’s lecture on Kabuki. He introduced the characteristics of kabuki from three viewpoints: the position that it occupies in contemporary Japanese culture, its three main features, and the mutual relationship between the stage and the audience. In about a week, students will watch a live kabuki performance at the National Theatre to watch the art come alive in practice. 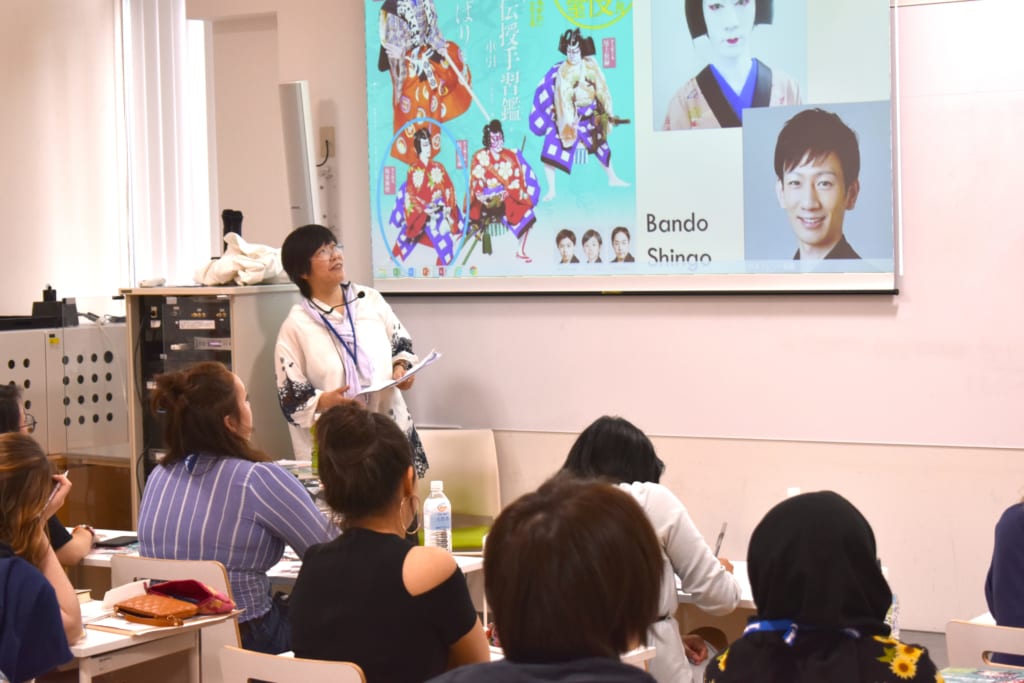 Following the lecture, the students left the Global Lounge to walk over to the calligraphy room for their next lecture and activity led by Utsugita-sensei. The students watched in awe as Utsugita-sensei demonstrated the various ways to write 夏 (natsu, meaning “summer”) using different types of script. 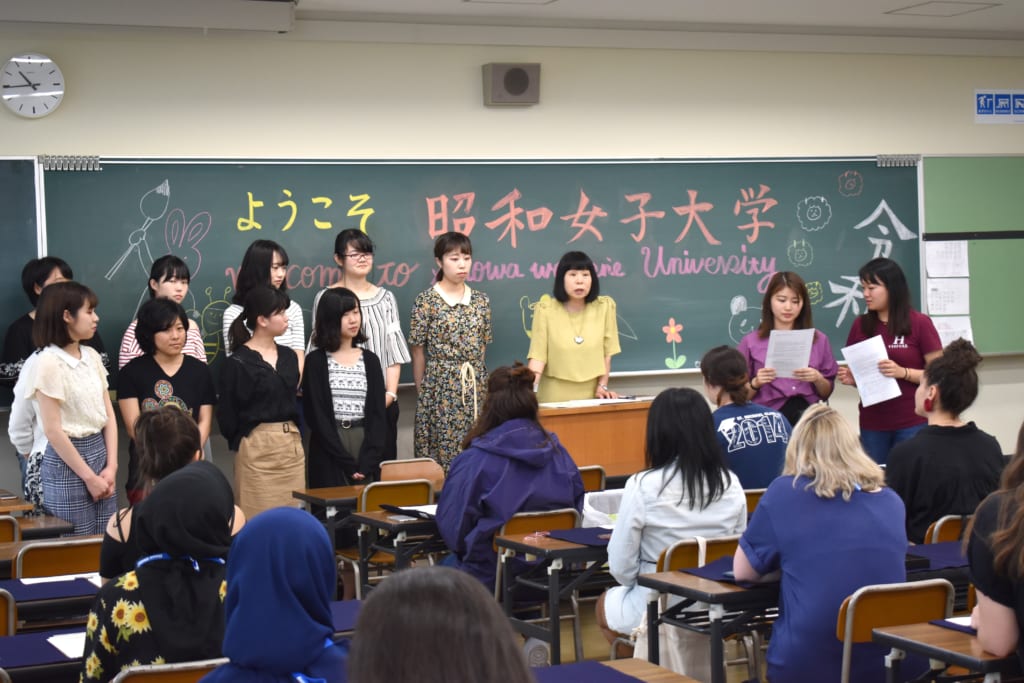 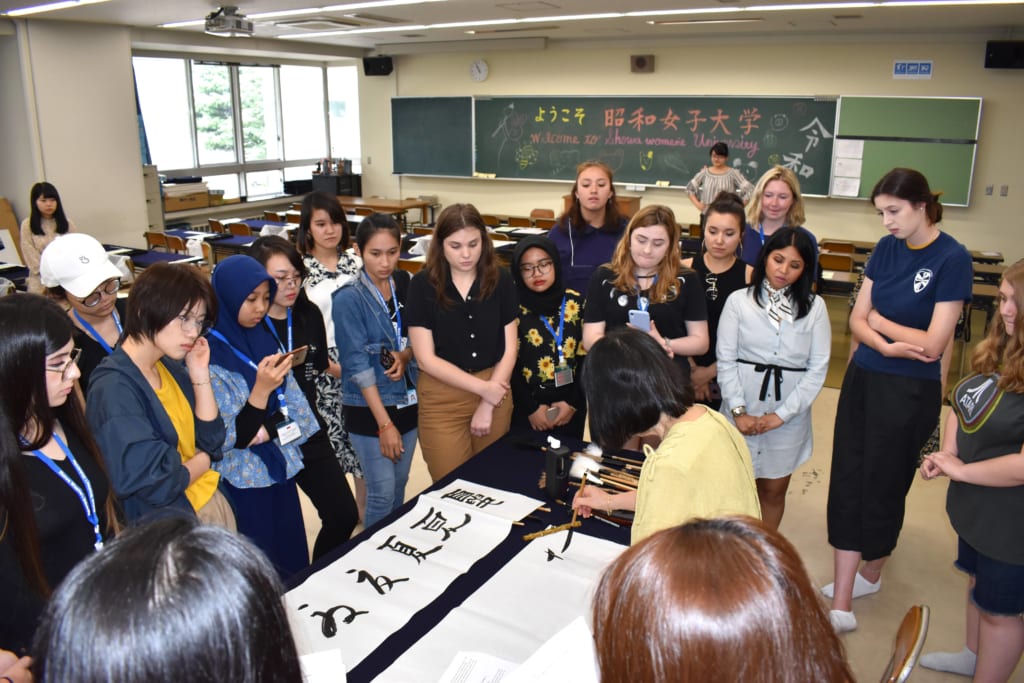 After the demonstration, the students had the opportunity to practice calligraphy. They were given a packet of popular kanji (prepared by Utsugita-sensei) where they could choose their favorite kanji to practice with the help of Showa students. After some practice, they wrote their chosen character(s) on the final shikishi (a harder, more durable paper). 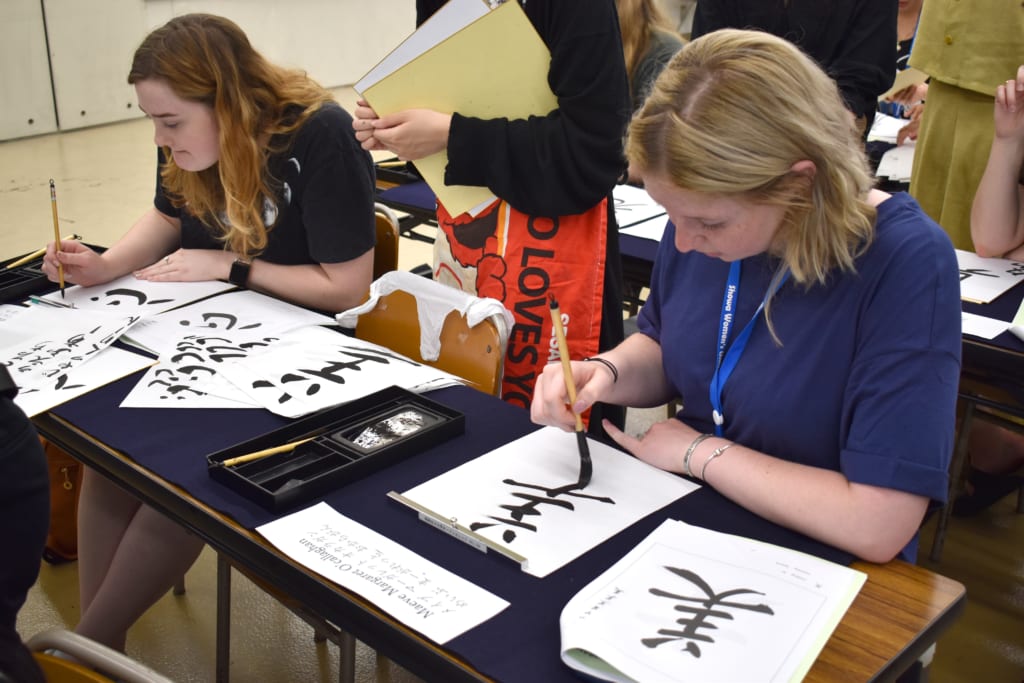 The students were released for a brief lunch break before meeting again at the Global Lounge to prepare for the Ghibli Museum visit. We arrived there at 2:20pm, which was only 10 minutes before 2:30pm, the time that the museum required us to get there by in order to gain entry. In the museum, the students were free to go on their own to explore the exhibits that interested them the most. Some spent most of their time in the gift shop looking for a cute souvenir to take home, while others enjoyed walking up and down the spiraling staircase that took them to the very top floor. At the end, we watched a short animation made especially for the museum. We concluded the day with a group photo near the Totoro statue. It was a busy day filled with fun experiences! 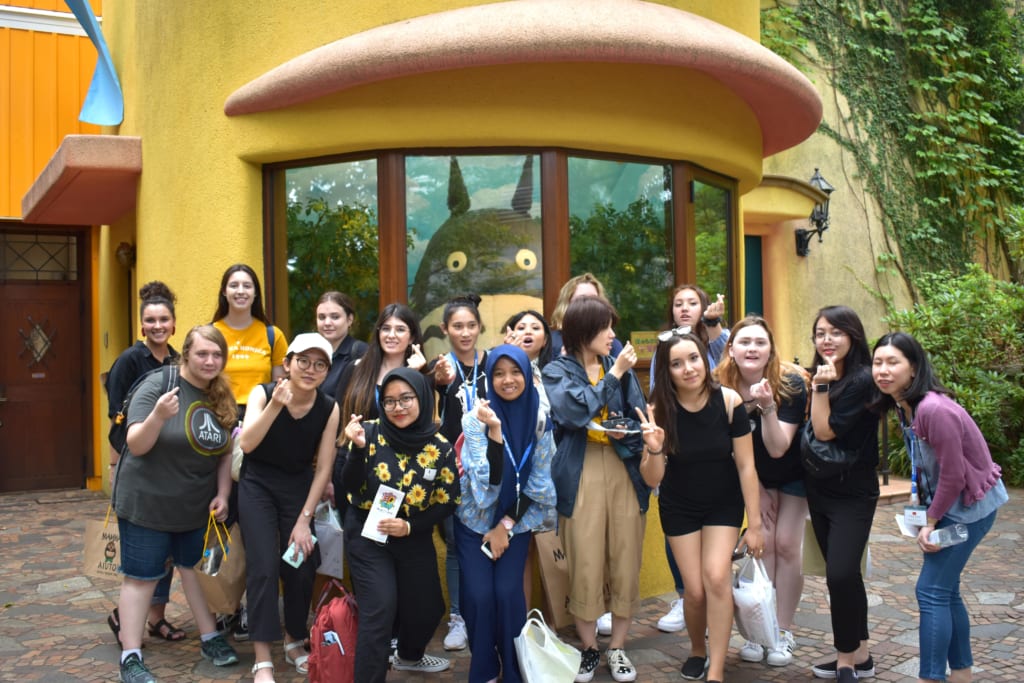