This morning we had a brief lecture by Yamazaki-san covering the history of Studio Ghibli and its premier animator and director, Hayao Miyazaki, well-known for popular films such as Spirited Away and Howl’s Moving Castle. We then spent half an hour watching the first few episodes from the captivating 1970s TV series Future Boy Conan, one of Miyazaki’s earliest works. Discussion followed on the disappointing ratings and how the work was used as a reference point for further improving the mode of animation and story that made his films so successful.

Lunch was followed by an exciting escapade to the magical Ghibli Museum. A veritable wonderland, the intricately designed building was filled with features that gave the impression one had stepped into one of the Studio’s films. Not only was a high degree of interactivity afforded, from flipbooks to working complicated mechanics to play snippets from the studio’s works, there was also the opportunity to watch an original short film in the museum’s basement. Perhaps most astonishing of all was to see replicas of the rooms the animators worked in with their stunning original watercolours and storyboards covering the walls. A real appreciation of the tremendous dedication the artists have to a single project over a series of years could be gained from seeing with one’s own eyes the level of detail required by each drawing and the number of frames per second. 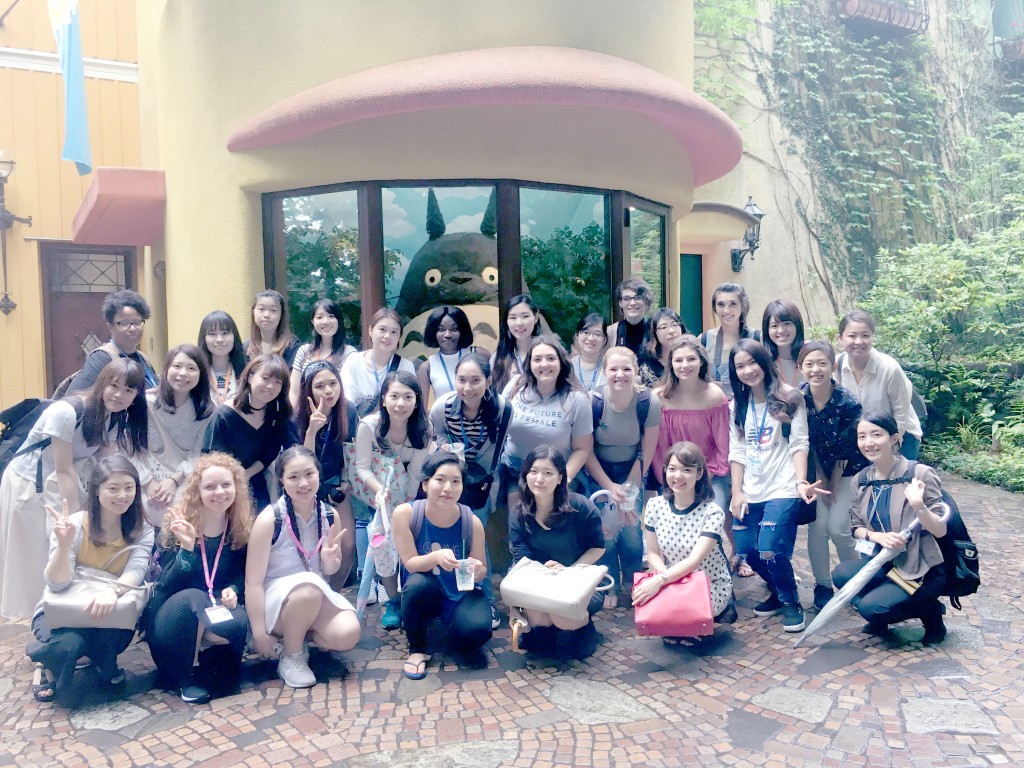