While the majority of this day was spent indoors, the lectures brought the students outside of their own worlds.

The first lecture was a special lecture on the Paris Convention and global environmental problems. The students were encouraged to think about international relations, and were reminded of the fact that–although they’ll be going home to various countries–they share the same Earth and, thus, share responsibility for it. 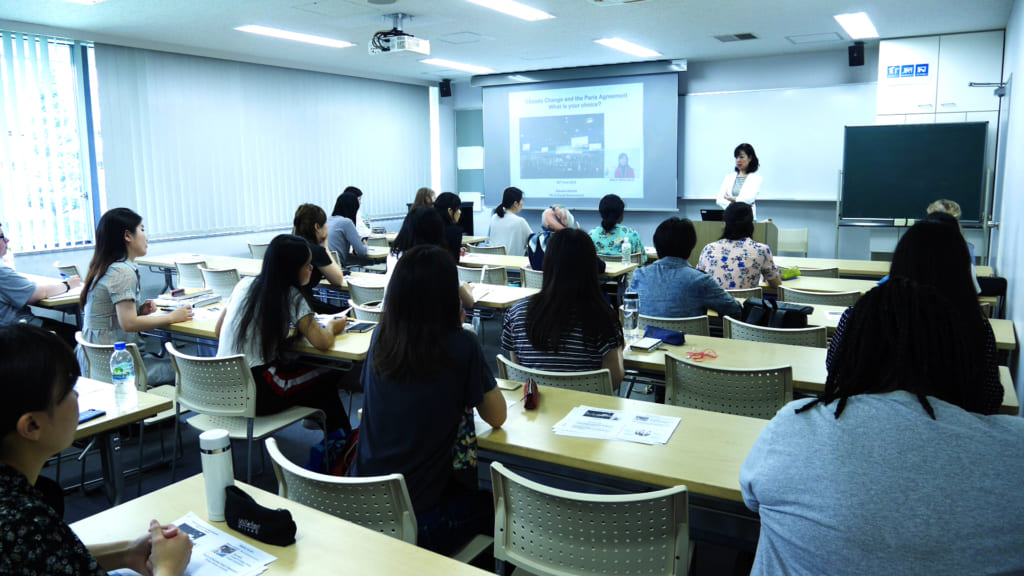 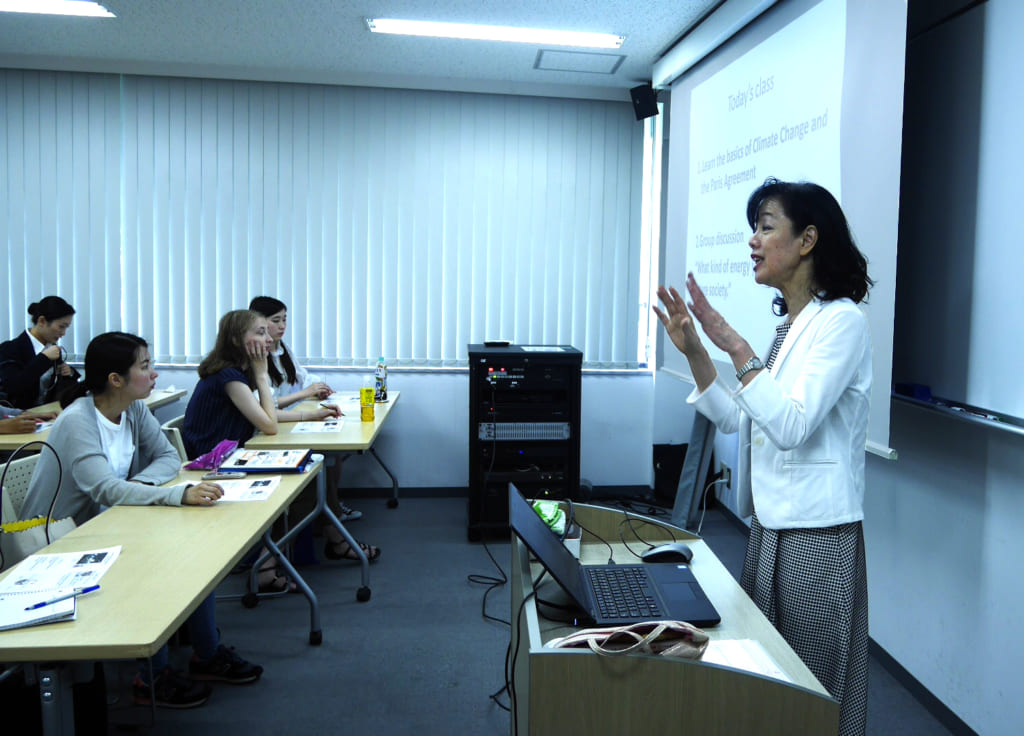 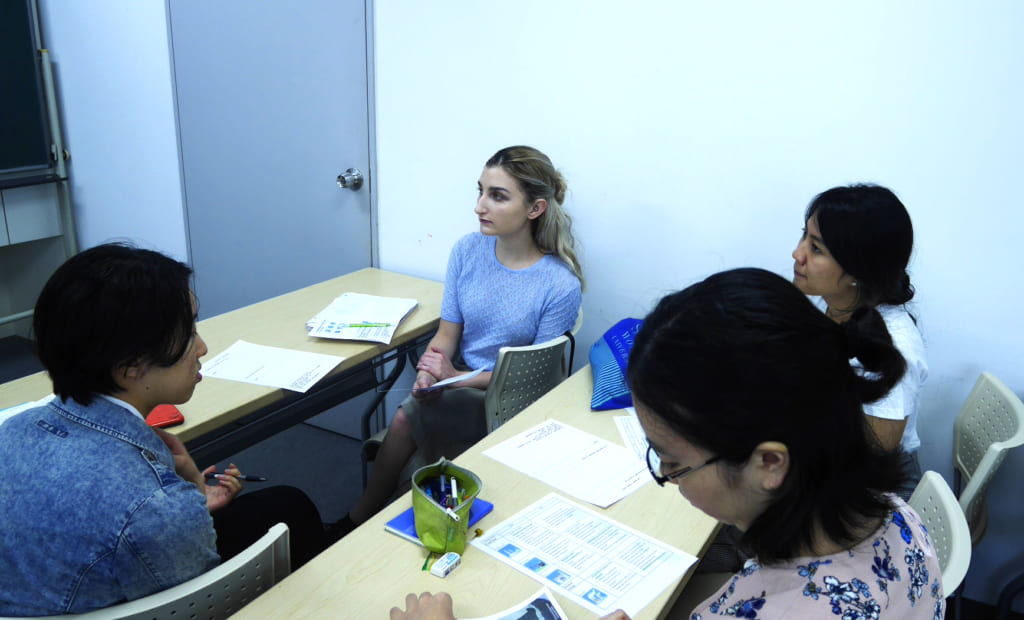 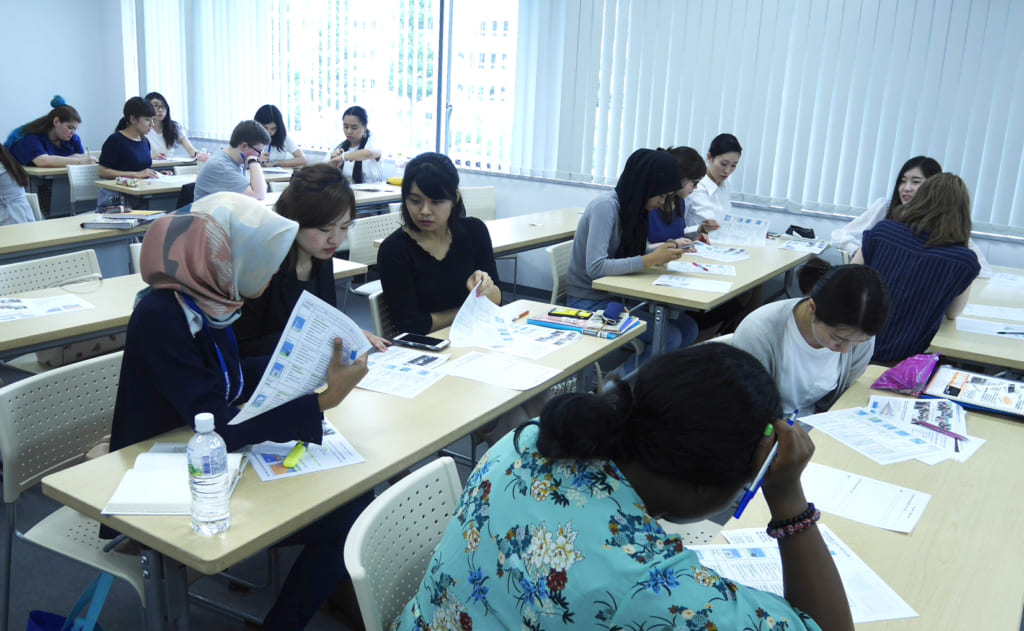 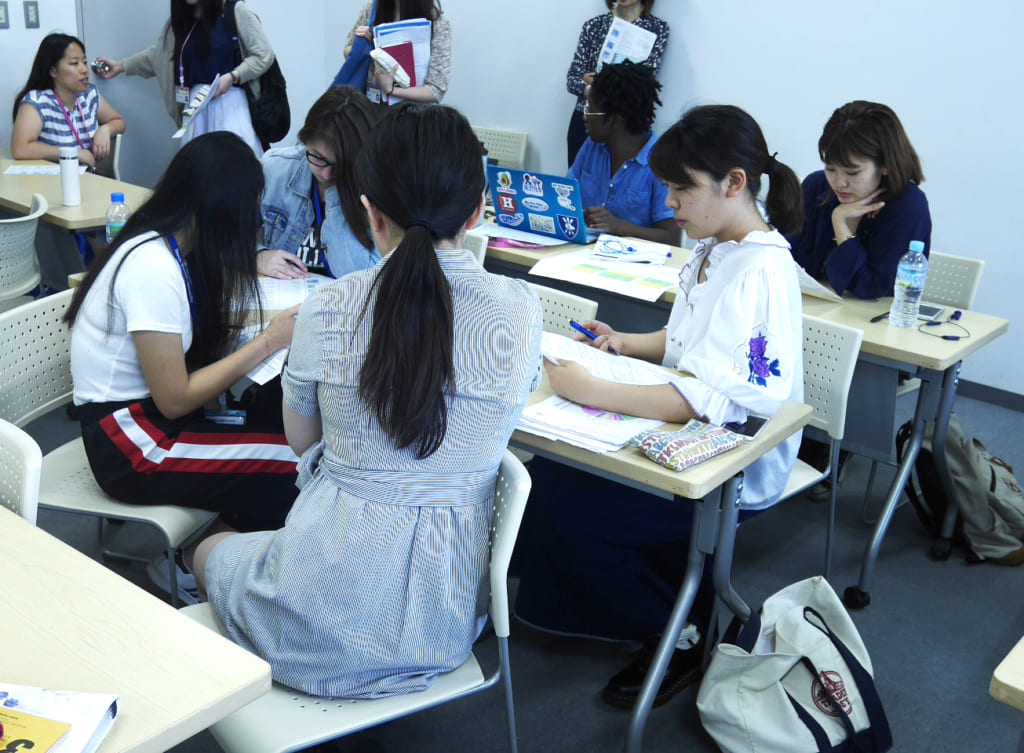 The second lecture was on Japanese Kabuki theater. Lecturer Harumi Higashi introduced the students to one of Japan’s leading traditional performing arts, discussing the dance, beauty, and other aspects of the theater. Kabuki is unique in many ways, including onnagata, the fact that the women characters are also played by men. Higashi-sensei shared videos of a male performer’s transformation into one of the beautiful women in the play, along with videos of the training that the men undergo. Later on in the program, the students will have the opportunity to watch kabuki theater. 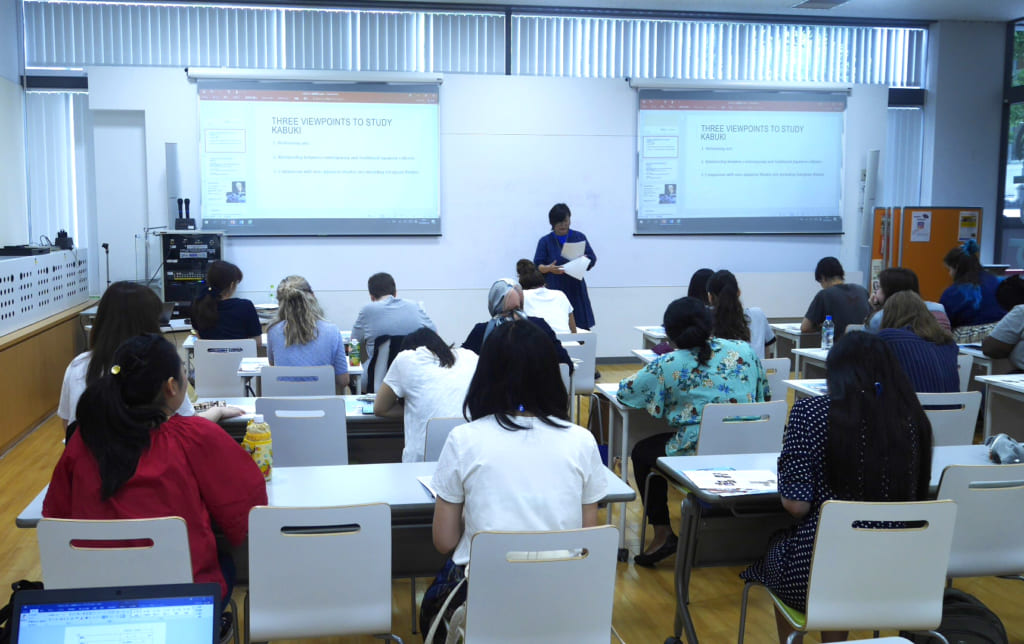 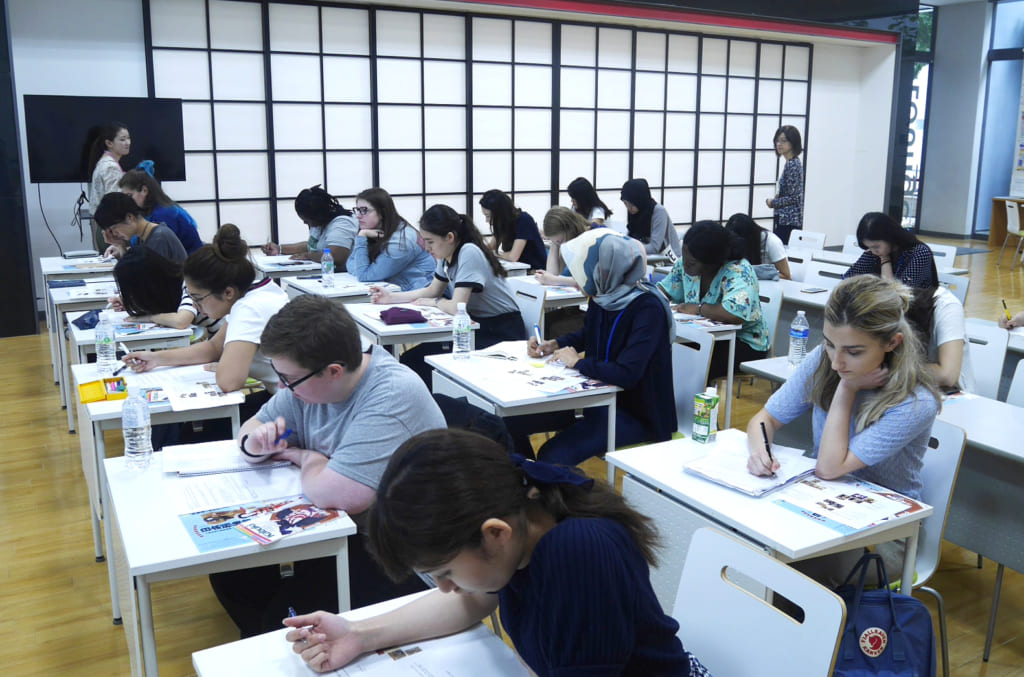 The final session, in fact, was not a lecture. The students, in their partnerships with Showa students, presented on the potential tourist destinations they investigated for the business project. The presentations were attended by Locobee representatives, and two pairs of students were awarded prizes for having the best report! 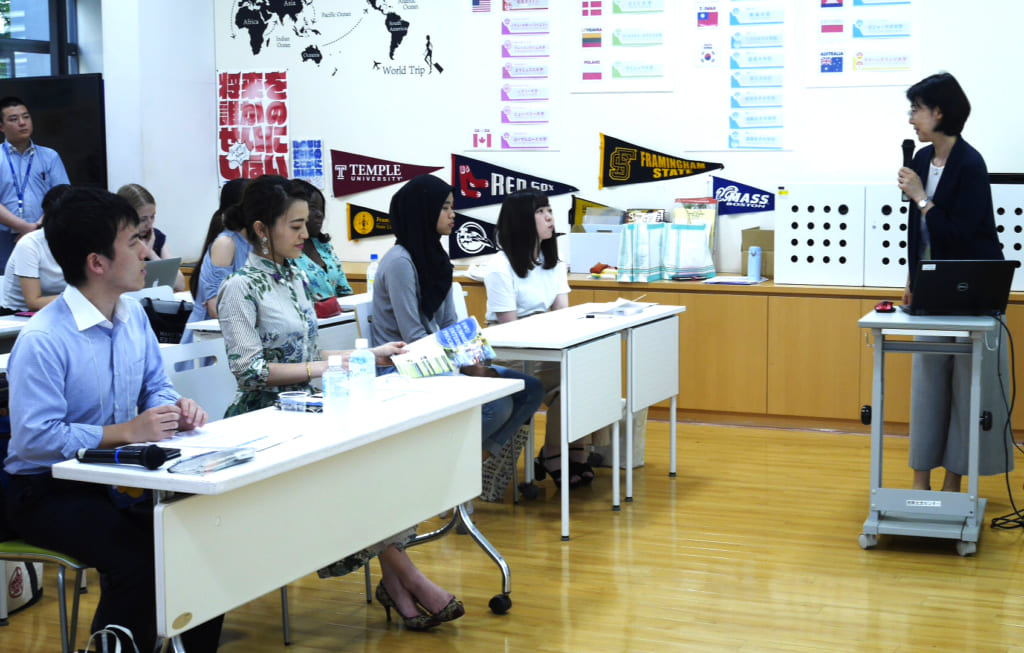 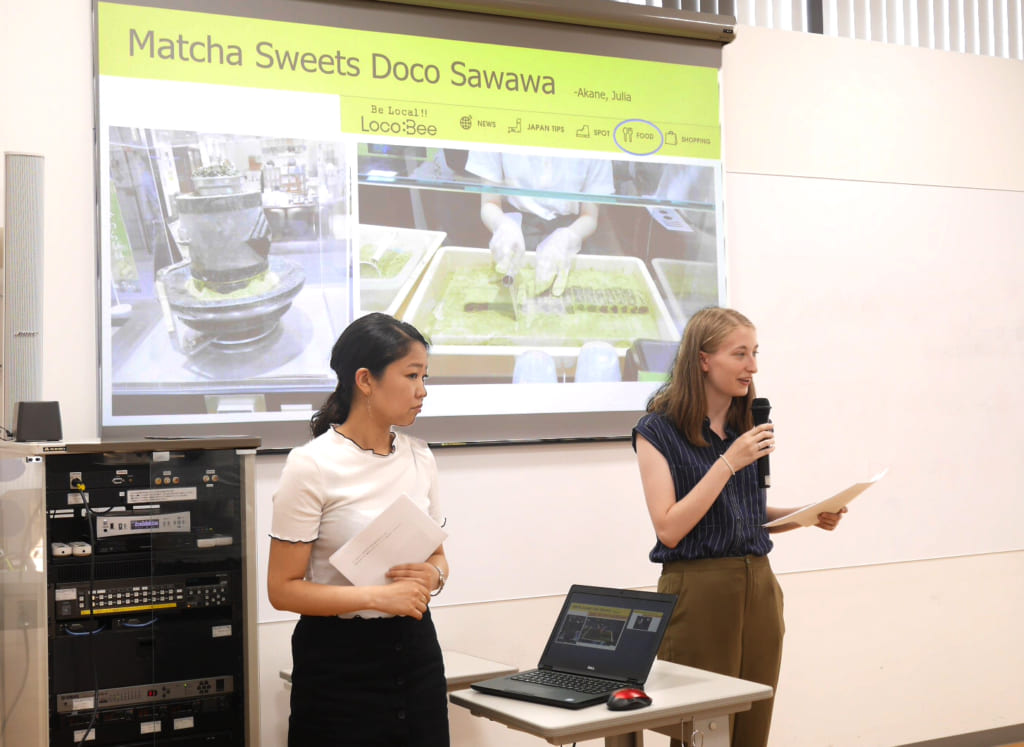 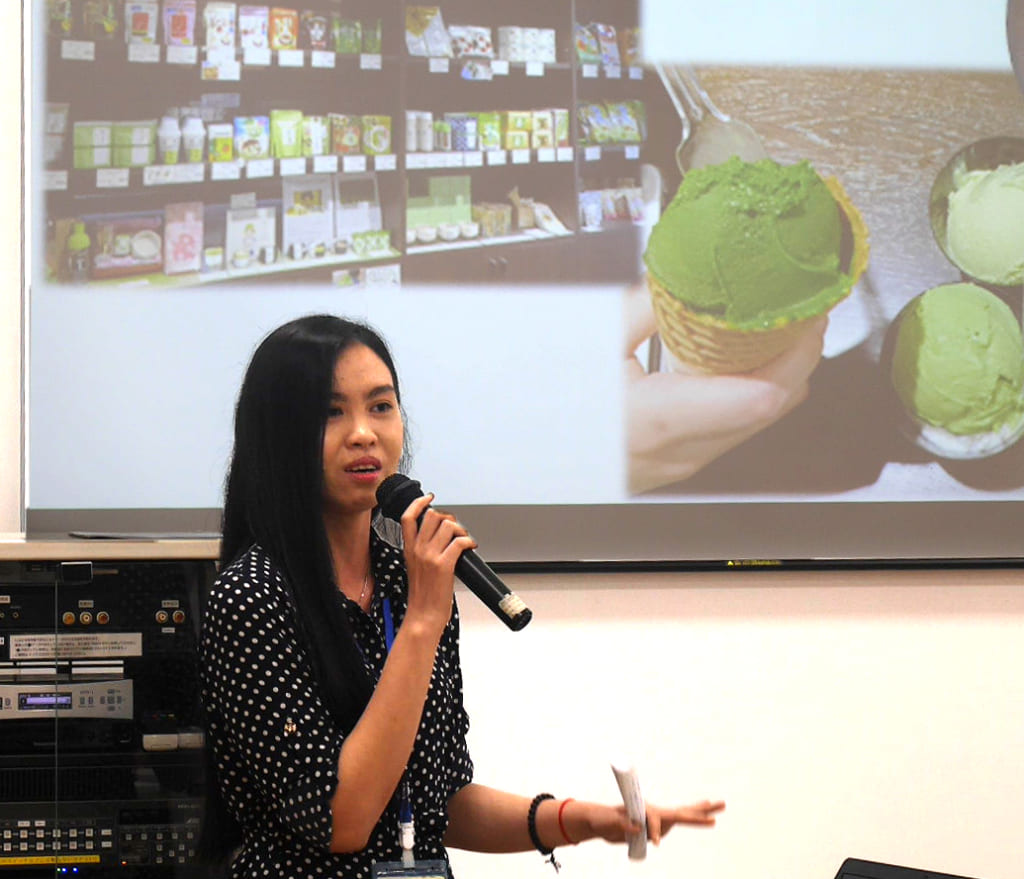 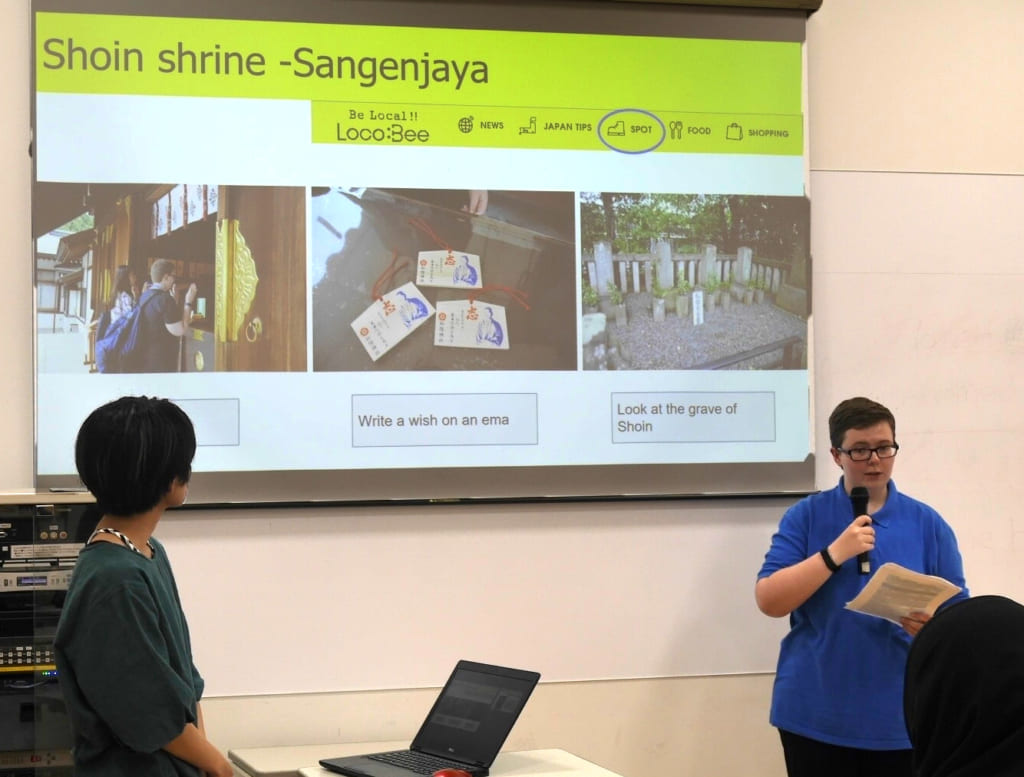 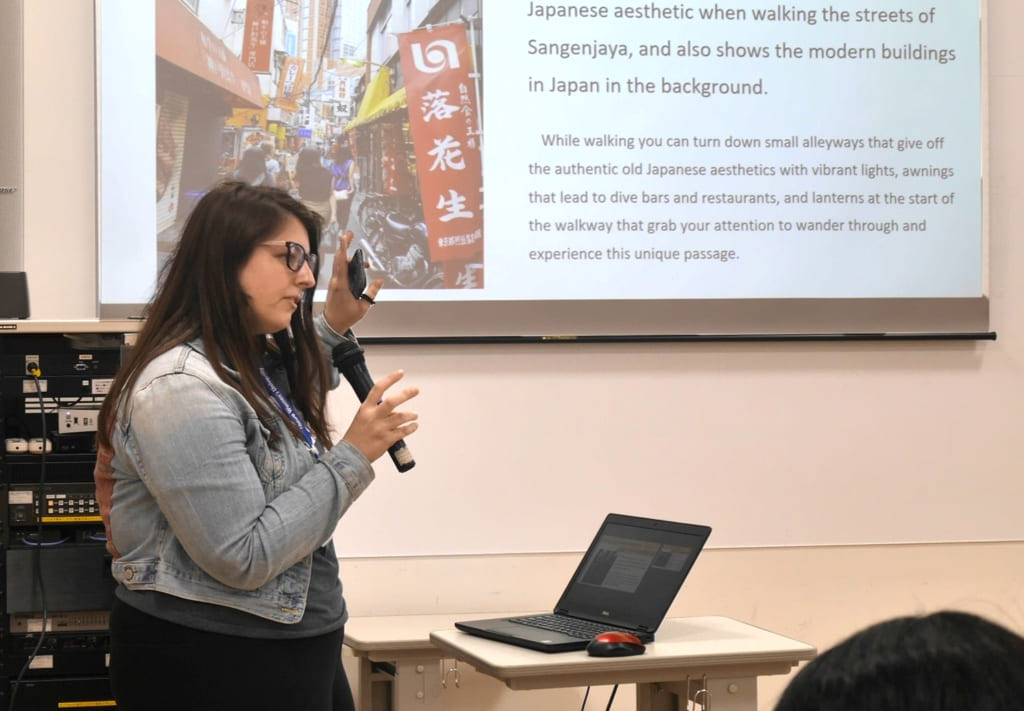 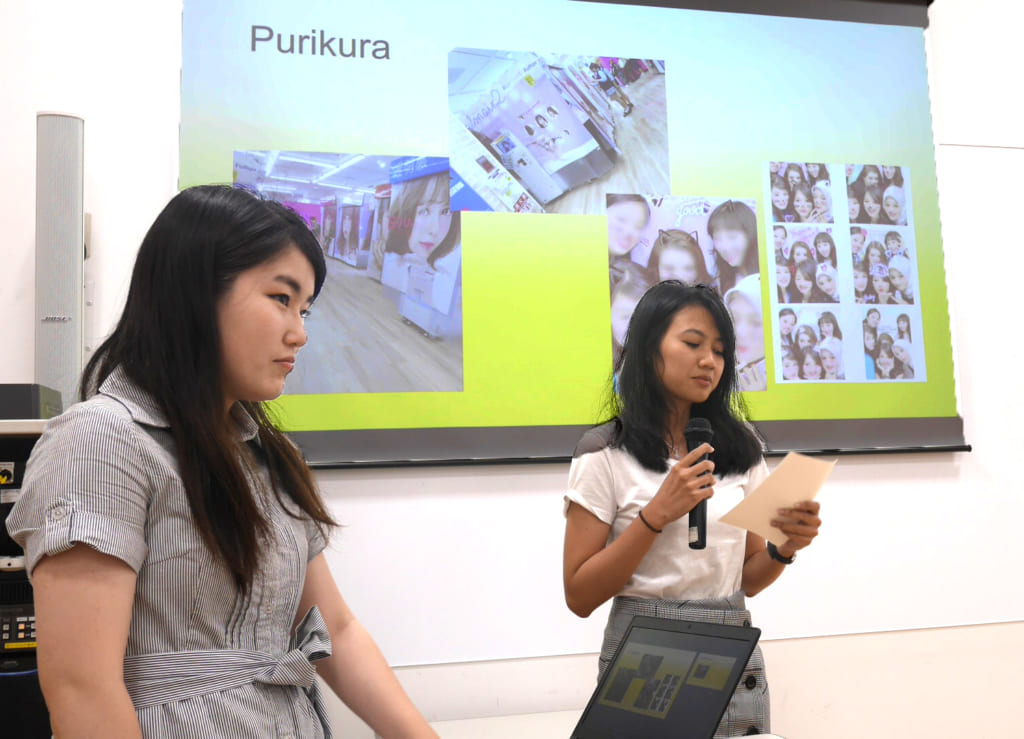 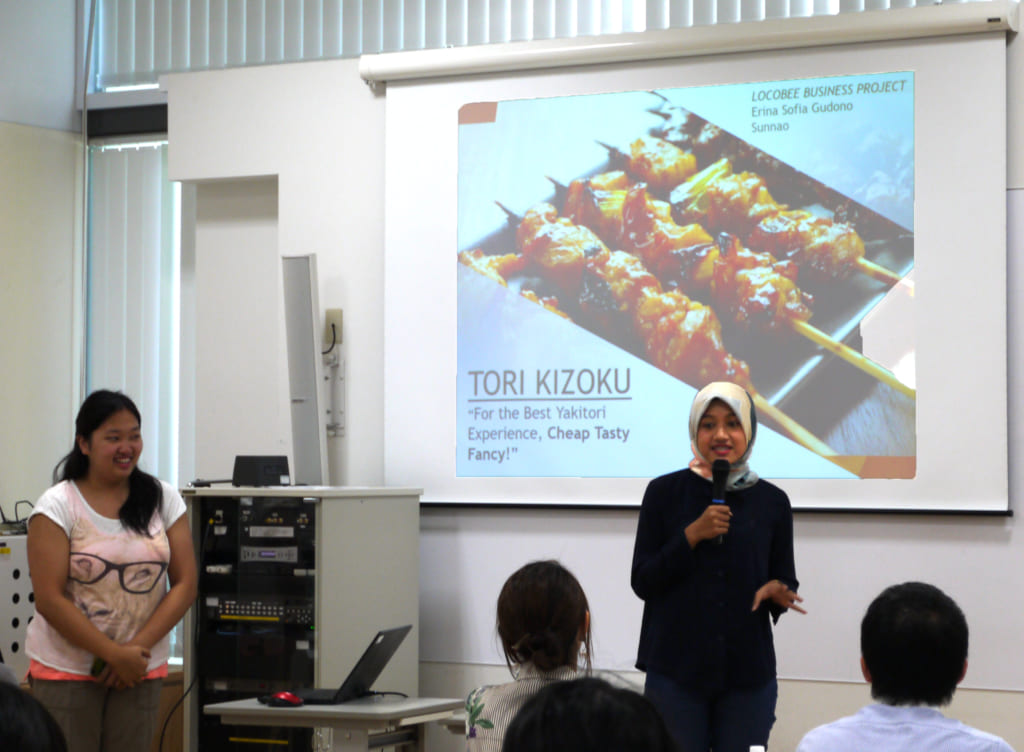 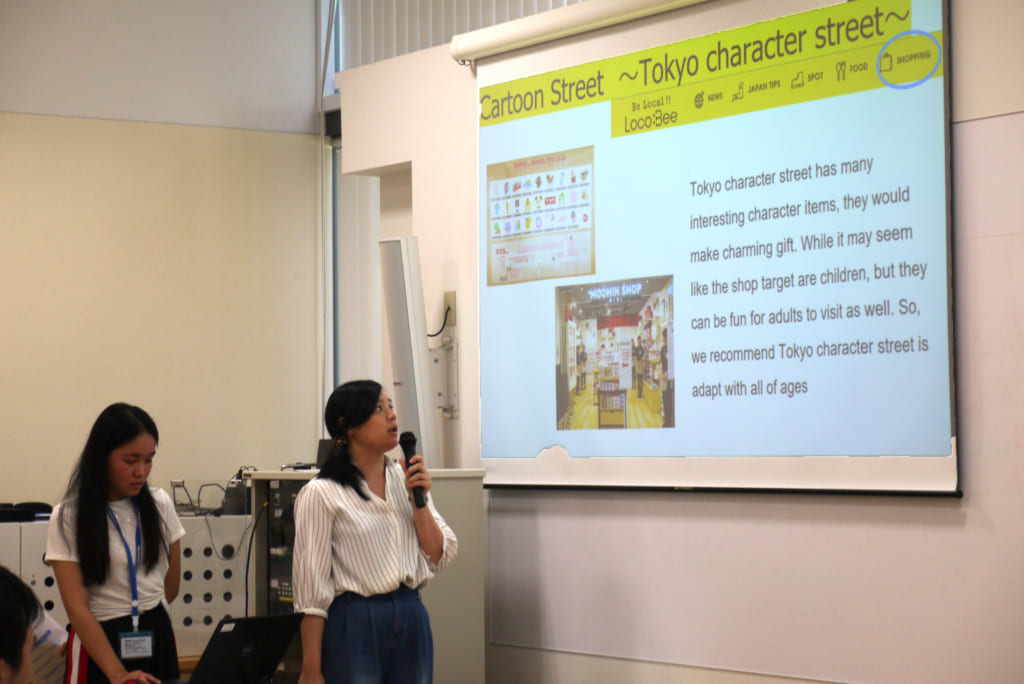 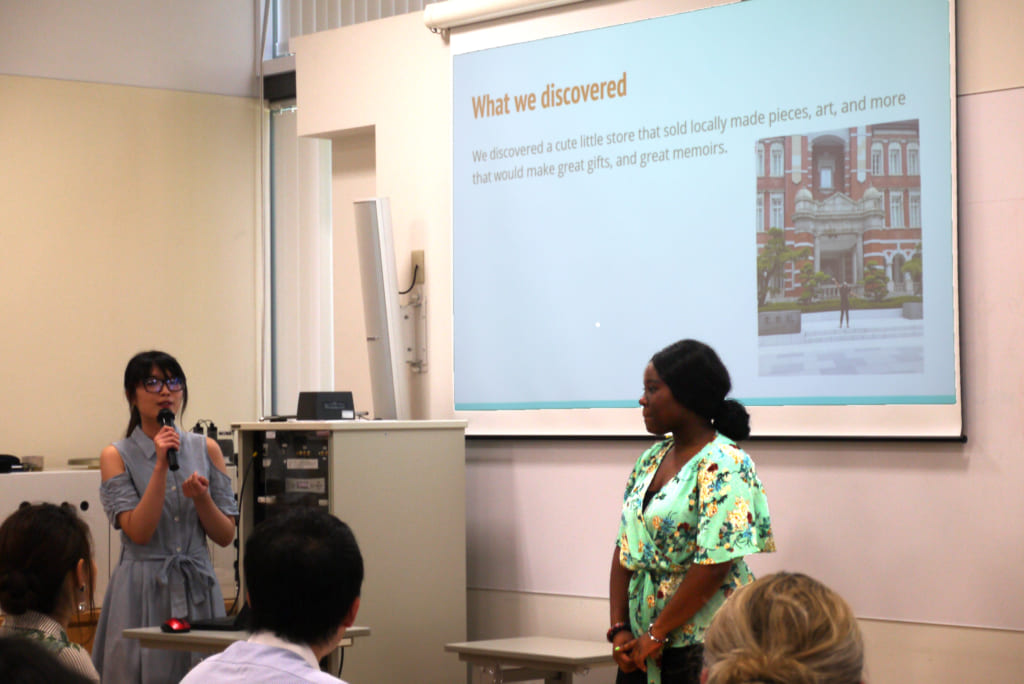 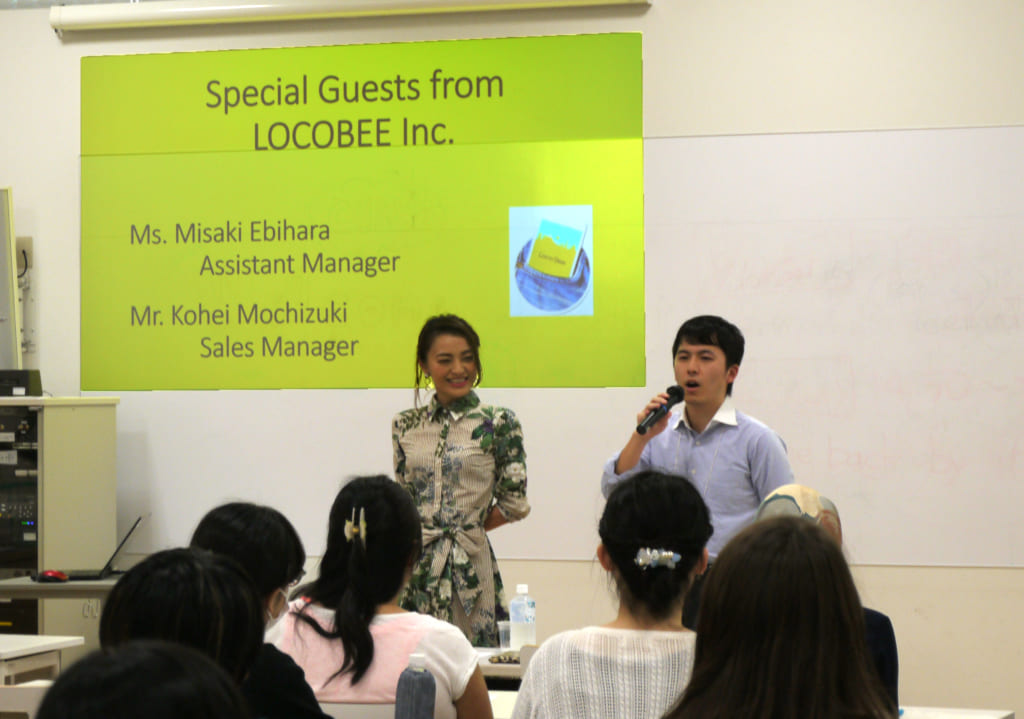 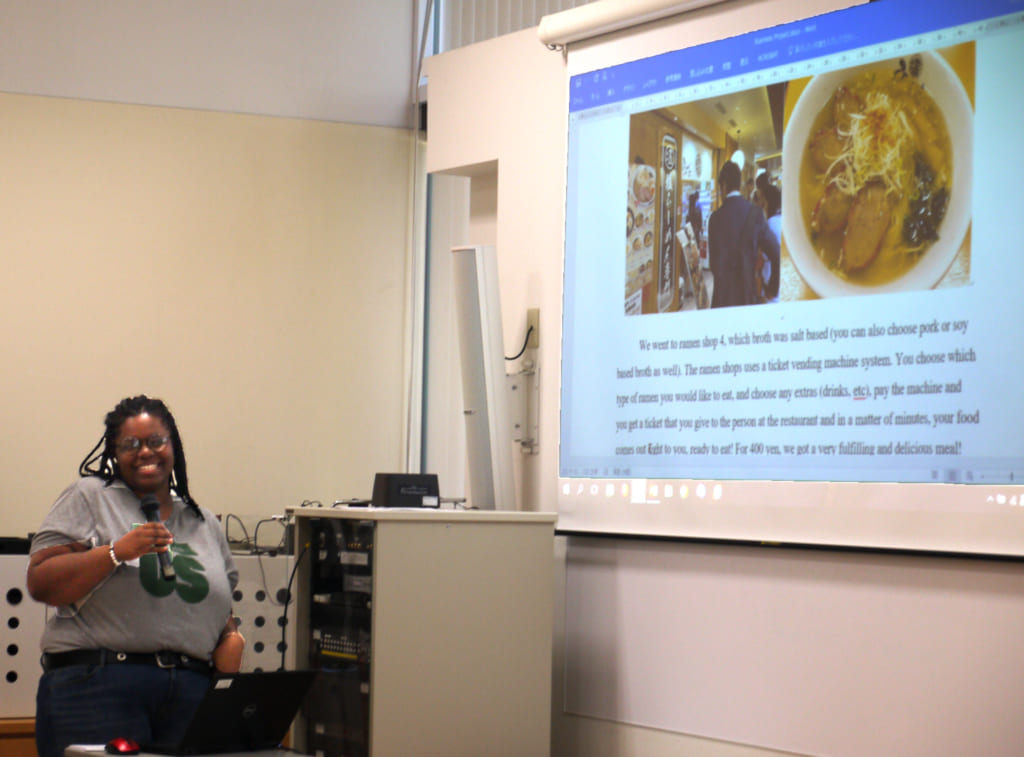 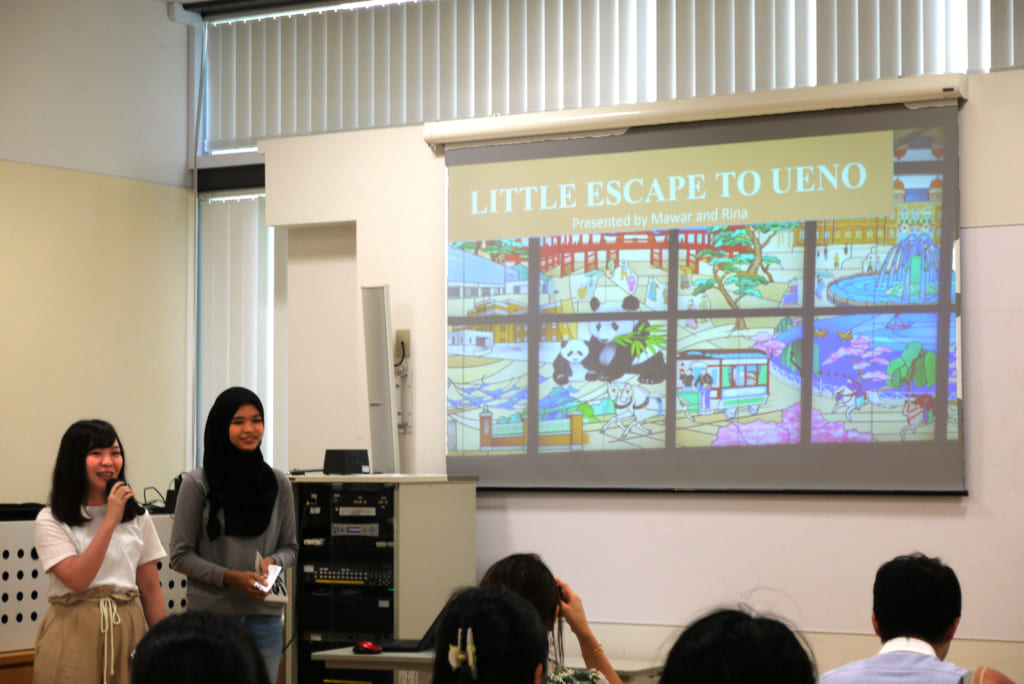 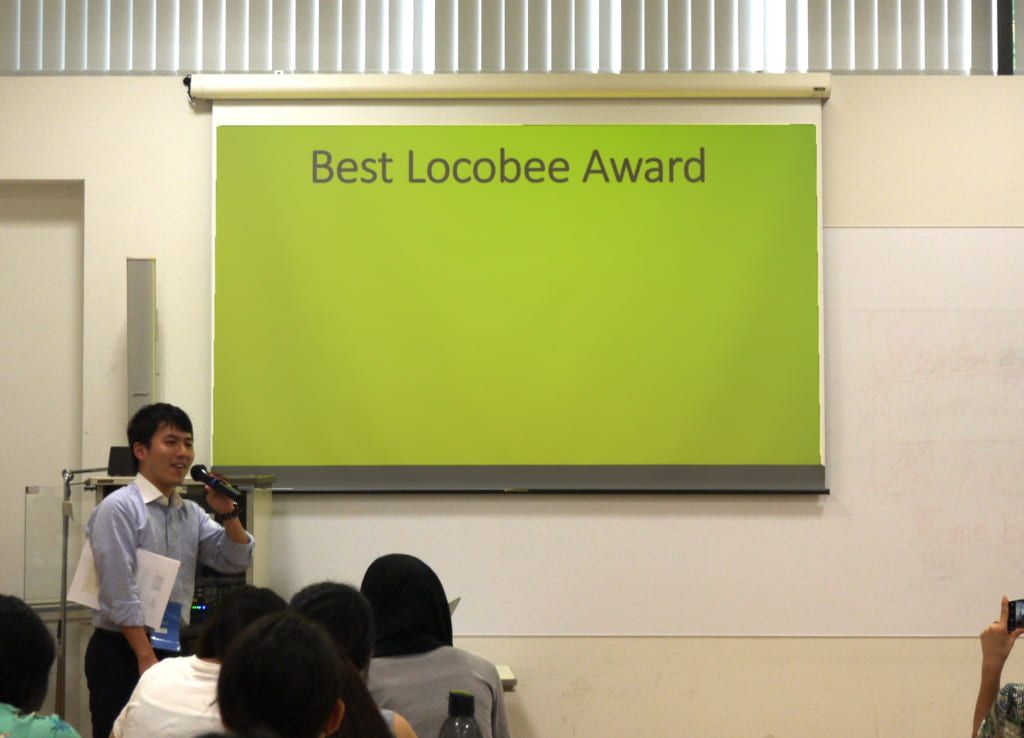 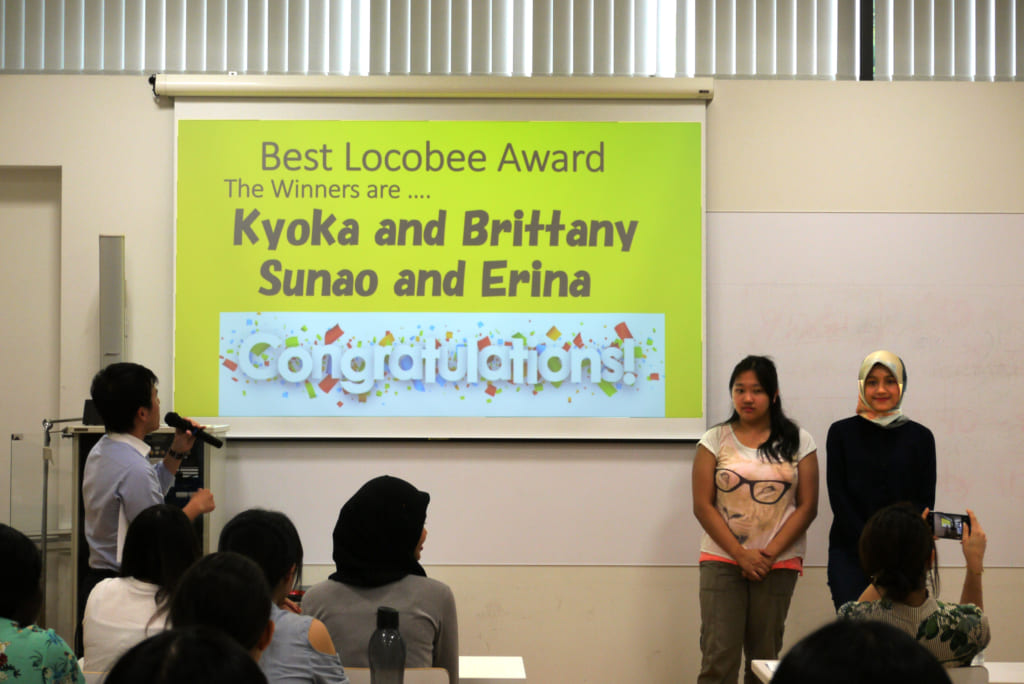 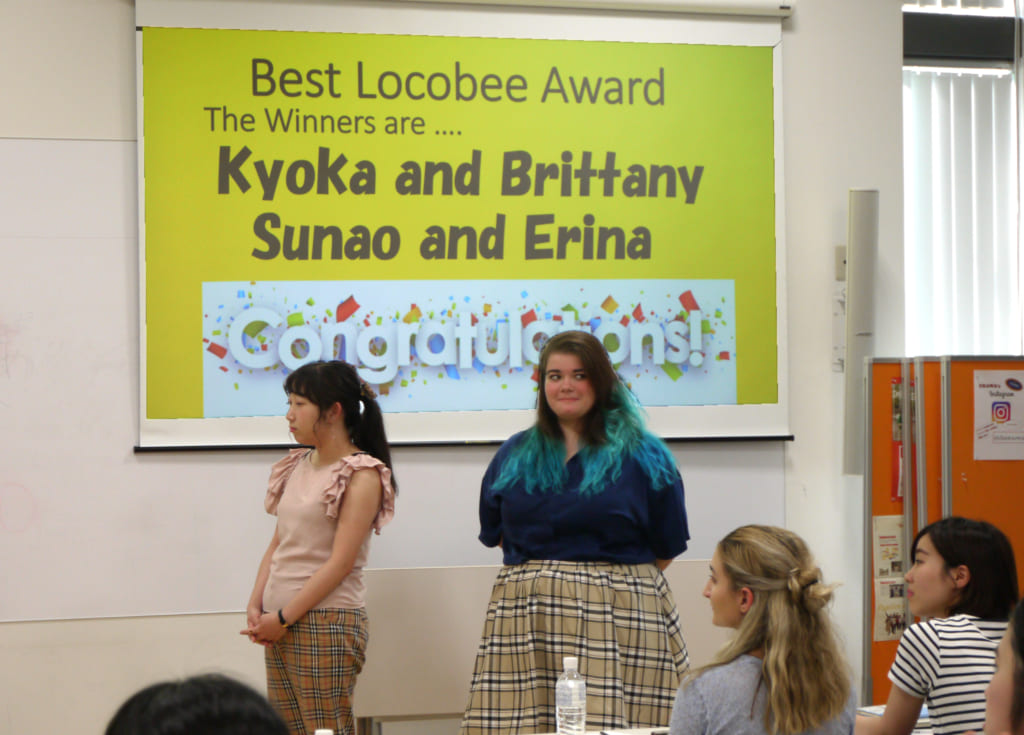 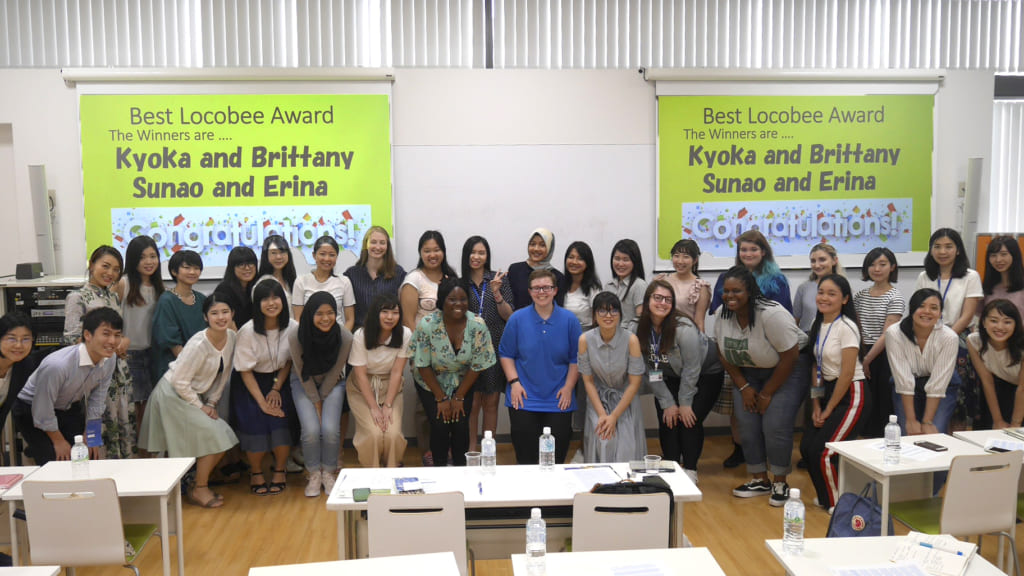