Check out from Ohashi Kaikan
Lecture on Religious Views
Lecture on Design
Special Lecture on North Korea, China, US – a Japanese View
Check back in to Olympic Center

The day began with a session on religious views in Japan. Lecturer Yoshimitsu Fujimori provided an overview of the different ways religion may manifest itself in Japan and compared religious beliefs/practices in Japan with those of other countries. This particular lecture was also very interesting for the Showa students, who were able to learn more about how Japan’s religious practices may be viewed from a foreign perspective. 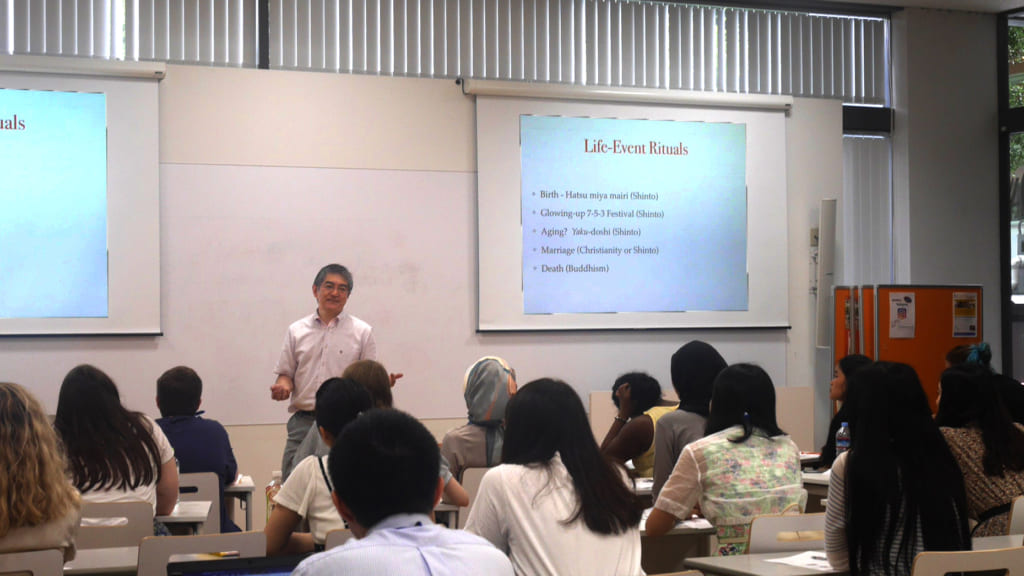 After this lecture, the students moved on to a more hands-on session, a class on Japanese design led by Lecturer Daisuke Ishii. This session was more like a conversation, with dialogue passing between Ishii-sensei and the students. A fun portion of the lecture involved the students drawing whatever image that comes to mind when sensei said a certain word (e.g. “sorrow”). So the students not only learned about the basics of Japanese design, but they also saw how design was already influencing their own perspectives! 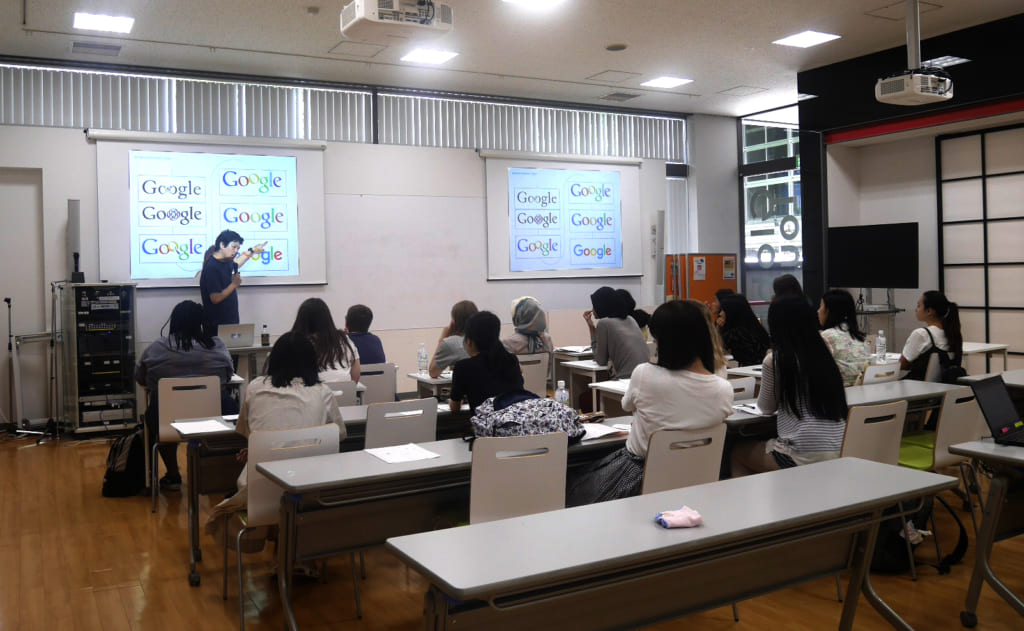 The final lecture for the day was a special lecture on North Korea, China, US, and the Japanese perspective on these international relations. It was essentially a Q&A session with Ichiro-Fujisaki, former Japanese Ambassador to the US. 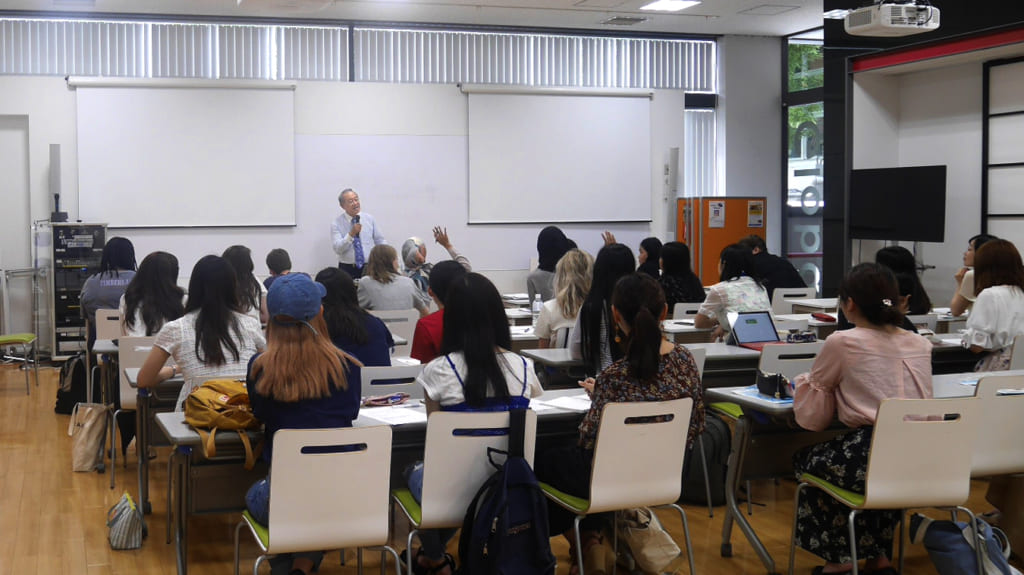 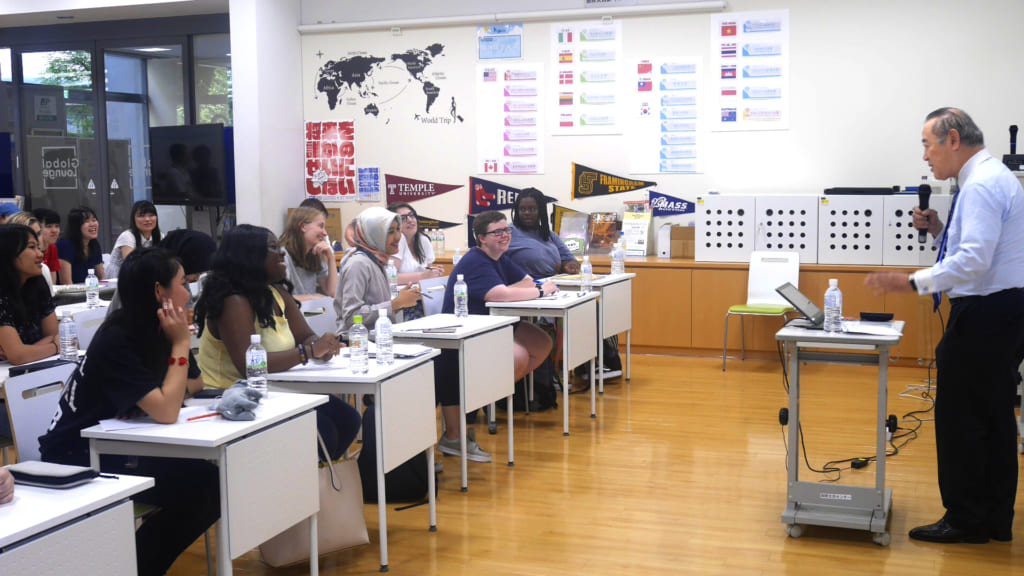 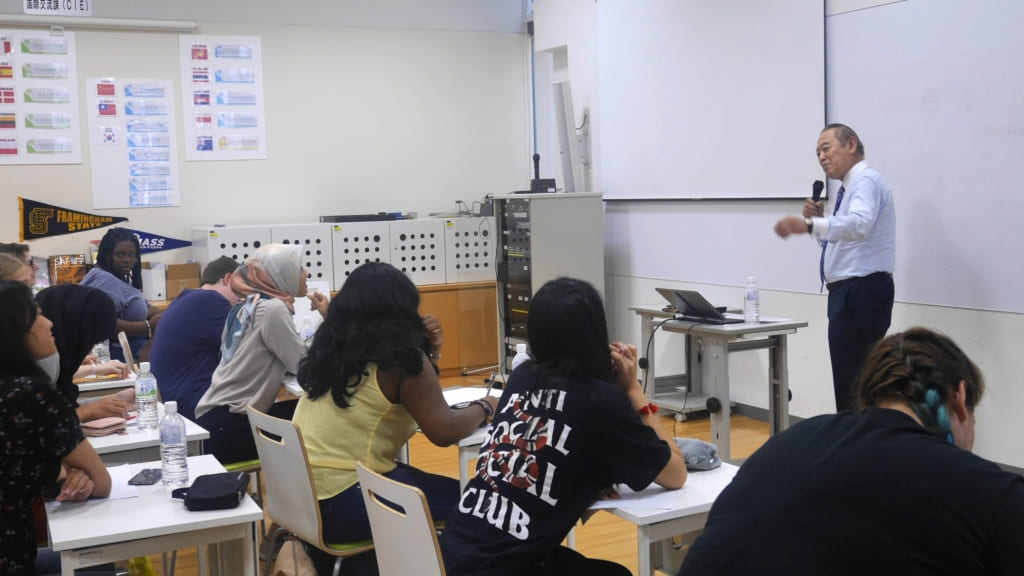 After this day of gaining expert knowledge and discussing their own thoughts, the students were dismissed for the day. When they return, they will get a chance to learn about and make Japanese bento!